If you're like most of the universe, choosing an internet service provider (ISP) is about as much fun as a self-administered appendectomy. Okay, maybe that's a drastic comparison, but quality internet service is a big deal.

To make matters worse, there are about 2,600 providers plying their trade around the world today. Chances are, you won't live long enough to field test them all, so it's critical to come up with a good vetting process.

So, what do you do? Glad you asked.

What Makes an Internet Service Provider the Best?

Before we dive in, let's talk about speed.

Not everyone needs two gigabits of raw, screaming speed. Consider the person who pokes around online for email, basic browsing, and social media. They might need 10 Mbps (Megabits Per Second) at most.

On the other hand, if you're a hardcore online gamer who only stops for snacks and bathroom breaks, there's a good chance you need more. A lot more.

So, how do you spot a good ISP? 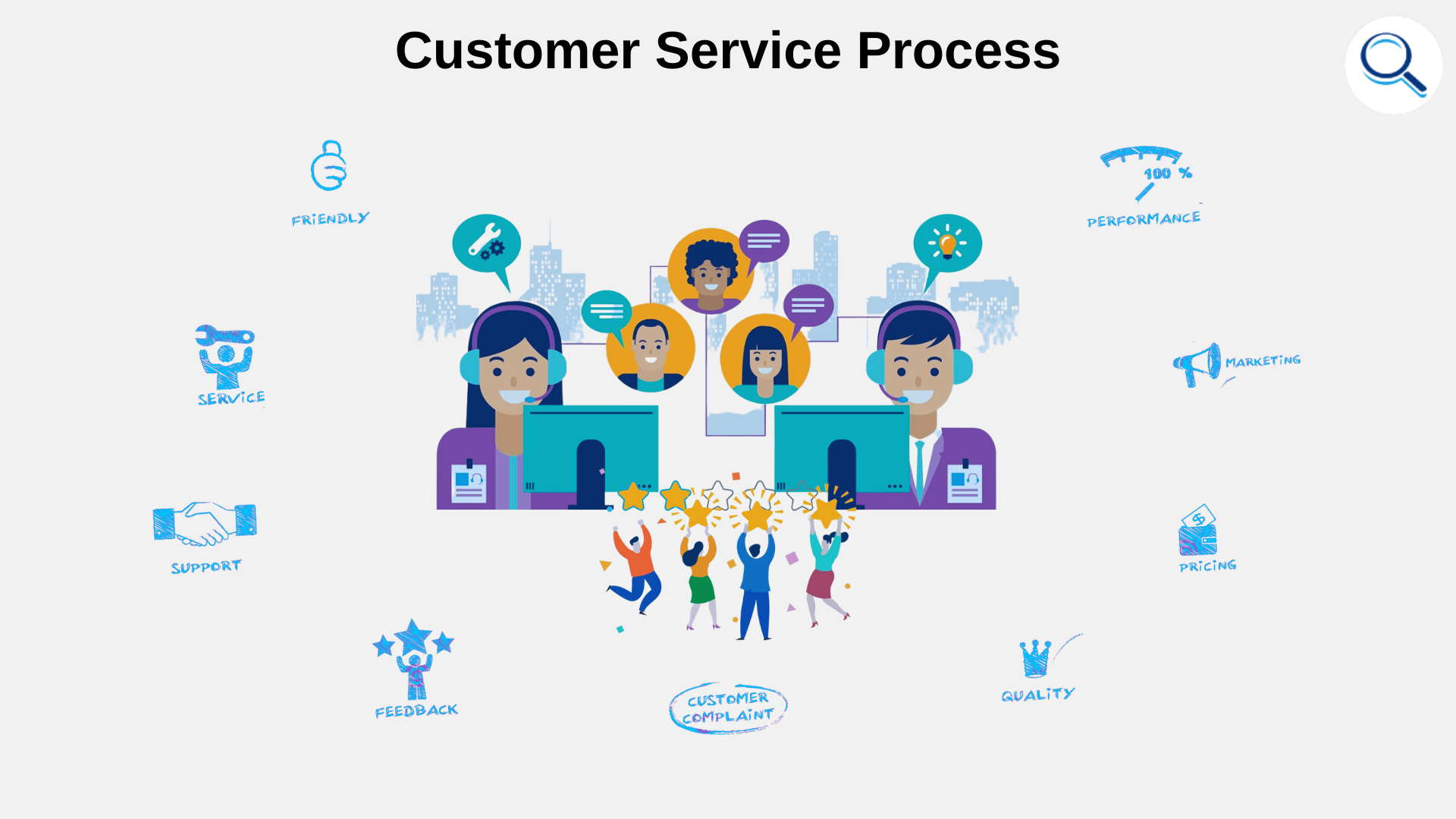 There are plenty of other ways that help evaluate the best ISP, and we'll get to them in a bit, but these three topics we discussed are a great place to start.

How to Find the Best Internet Service Provider for Rural Subscribers?

The sad reality is that those who live in rural areas get the shaft when it comes to the quality of internet service available. Basically, satellite is the only option. Wired, faster service is still mostly confined to urban areas.

The downside to satellite service is that the signal has to travel back and forth from a satellite approximately 70 trillion miles overhead. Okay, exaggeration, but it's a lot. Compared to wired options like DSL, cable, and fiber, it takes a while. 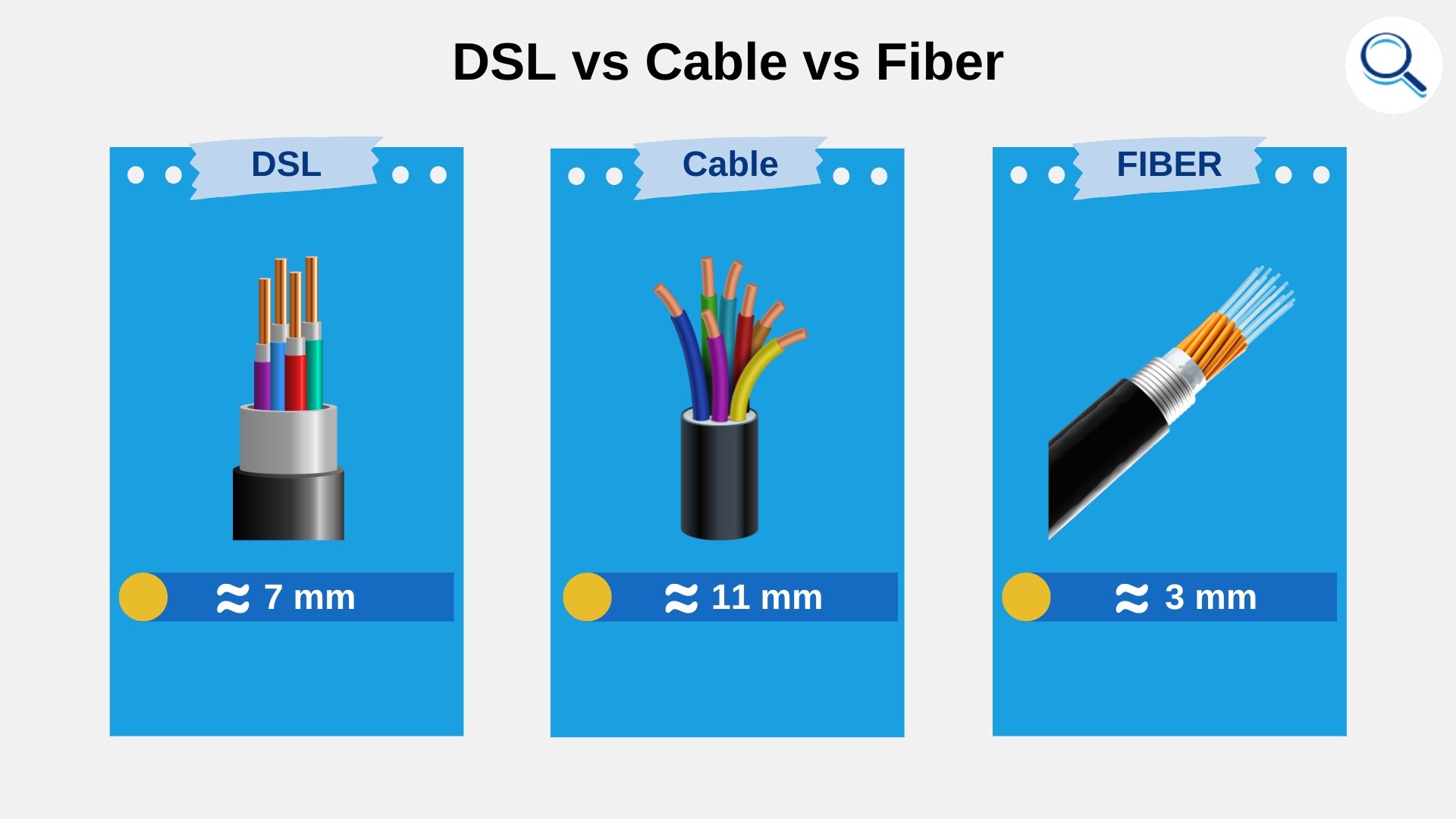 Old School Satellite: The major players here are Hughesnet and Viasat. They cover all but the most remote areas on earth. You'll learn to hate storms and winter weather (because they can knock the signal out for a while, data caps (because they're just irritating), and what seem to some unbiased observers to be ridiculously high prices.

New School satellite systems are still in the beta phase, but you can get on a waiting list and participate in the rollout. The Musk and Bezos satellite iterations involve linking thousands of satellites in low earth orbit. The result is faster speeds, no data caps, lower prices, and (from many reports) reasonably reliable service.

Sincere apologies to rural dwellers. Satellite internet is your only real option right now. Just be glad that dial-up connections are almost extinct. There is one caveat to throw out. 5G wireless is being rolled out for mobile phones as we speak, and companies in this industry are in the process of establishing tower signals that reach some rural areas. It would be faster and more reliable than Old School satellite options and probably new school options as well right now.

How Can Urban Dwellers find the Best Internet Service?

The first thing to remember is not to get hoodwinked into buying satellite service. You likely don't need it, and other broadband options are much faster and more reliable. You'll choose from among the slowest to fastest - DSL, cable, and fiber. Fiber is the relatively new kid on the block and is seriously faster than the other two. It's like a Ferrari vs. a moped, in case you need a visual. Visualize that in a quarter-mile sprint.

Generally speaking, you will run into the same handful of internet service companies in urban areas and will find them to be similar in features and prices. One difference is that not all offer fiber market penetration to the same extent. It's a relatively new technology to the consumer market. The broader infrastructure is still being built.

In ALL cases, it's not a bad idea to look for a provider that allows for a tryout period of anywhere from two weeks to 30 days or doesn't require a long-term commitment. For the best prices, you typically will have to sign up for one or two years, but you don't want to do that until you're sure it's the right ISP for you unless there's an "out" clause.

It's impossible to say which ISP is best in your particular case, but some of the usual suspects you'll run into in most urban areas are Verizon, Infinity, AT&T, Spectrum, and Google Fiber. A number of websites allow for an easy breakdown of potential internet service providers and plans by entering your zip code.

No Matter the Internet Service Provider, It's All About Speed

Speed isn't the only thing to consider when shopping for a new ISP, but their advertising will make you think it is, and it's a good point of comparison when you start the evaluation process.

Speed - How Much Do You Need?

How much speed (and/or bandwidth) you need depends almost entirely on what you use the internet for. Email and basic browsing require much less speed and bandwidth than online gaming or streaming 4K movies. 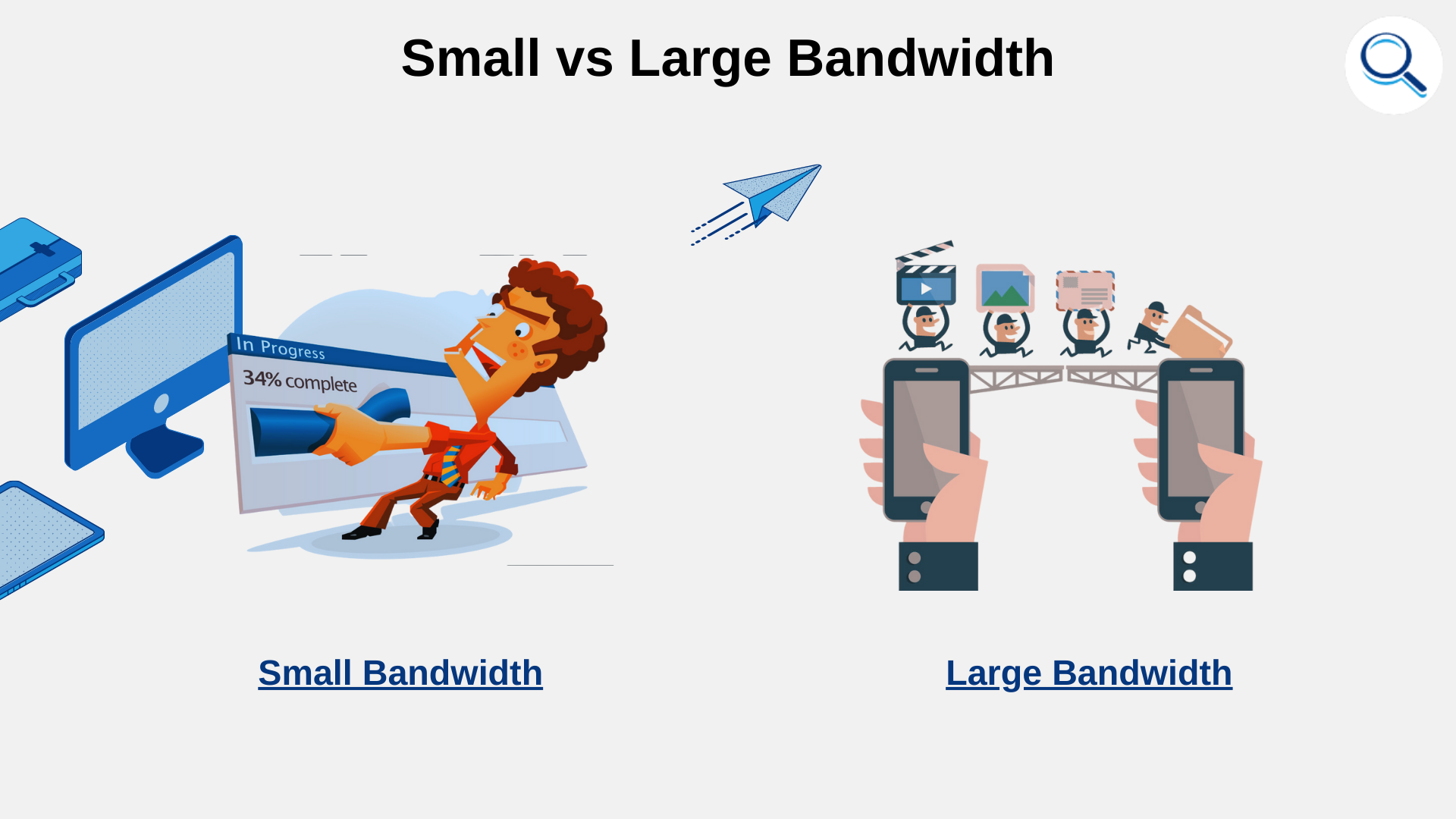 Here's a quick breakdown of how much speed (presented in Mbps) would be needed for various activities. These are recommended numbers. You might get by with less, but it likely won't be a reliable experience all the time:

While it would be nice if everyone used the same baseline when talking about high-speed internet, that would be asking too much from life. We have the FCC (Federal Communications Commission) definition, and then we have the rest of the world.

What the FCC Says about High-Speed:

The FCC is the official mouthpiece of the United States government when it comes to most things technical or that involve public or mass communication. Sometimes, their definitions of standards seem outdated. Broadband internet speed is one example.

According to the FCC, you are the proud owner of high-speed internet if your connection hits 25 Mbps with downloads and 3 Mbps with uploads. We're not claiming this speed is something to sneeze at, but to use the term "high-speed" indicates it's near the top of what is possible. That is far from the case here.

What High-Speed Internet Means to Most of Us:

You're not talking about a high-speed connection in everyday use unless it includes downloads at 100 Mbps and uploads at 10 Mbps. And even this isn't anywhere near the top of the market. Some providers offer download speeds that hit one, two, three, and even five Gbps. At these speeds, we're truly talking high-speed.

Do You Need Gigabit Internet?

Defining gigabit internet is easy. It's really, really fast. Most of our discussion here relates to speeds measured in megabits (Mbps). One gigabit is equal to 1,000 Mbps. Service plans that offer these blinding speeds are starting to appear from major internet providers. 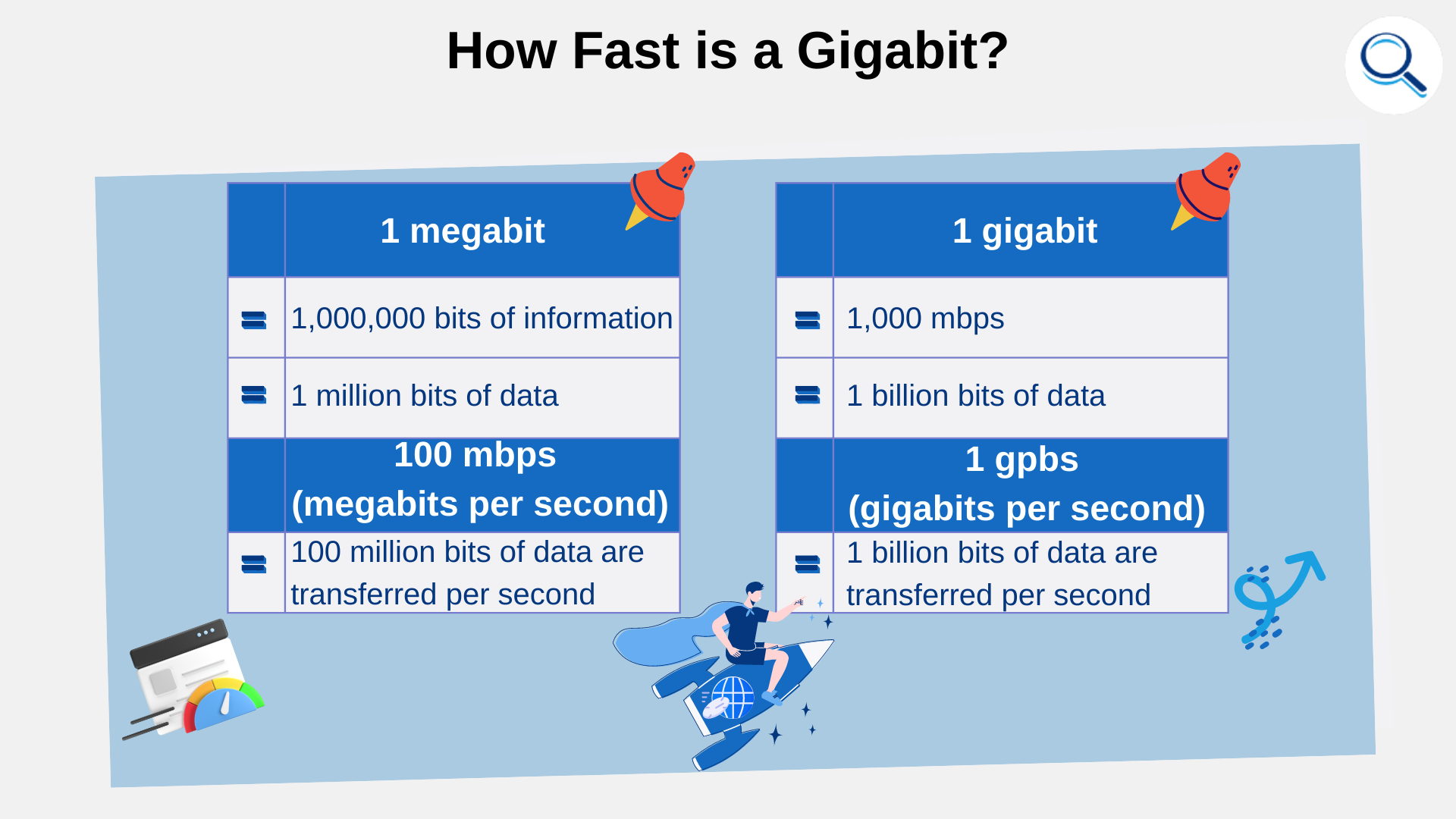 The big question is, do you need it? The answer is - possibly but not probably.

Gigabit speeds would be advisable if you go online to do any of the following high-demand activities:

If you've got the coin and like to go screechingly fast when you hop online, by all means, get a gigabit internet connection. For most of us, it's excessive, but that isn't necessarily bad.

All this information is a lot to ponder, so we've tried to break it into small bites. Here are a few final considerations before you get out and find the best internet service provider for you.

Let's hit on a final item before we close this out. This critical feature can make or break your experience with an ISP.

DATA CAP: Any time you go online, you use data. In the old days, almost every internet provider included a set amount in your plan. These days, it's primarily the Old School satellite services that still use this model. If you go over this data cap, you pay a penalty. If you're a heavy user, this is no fun. While you're conducting your ISP research, ask about data caps. 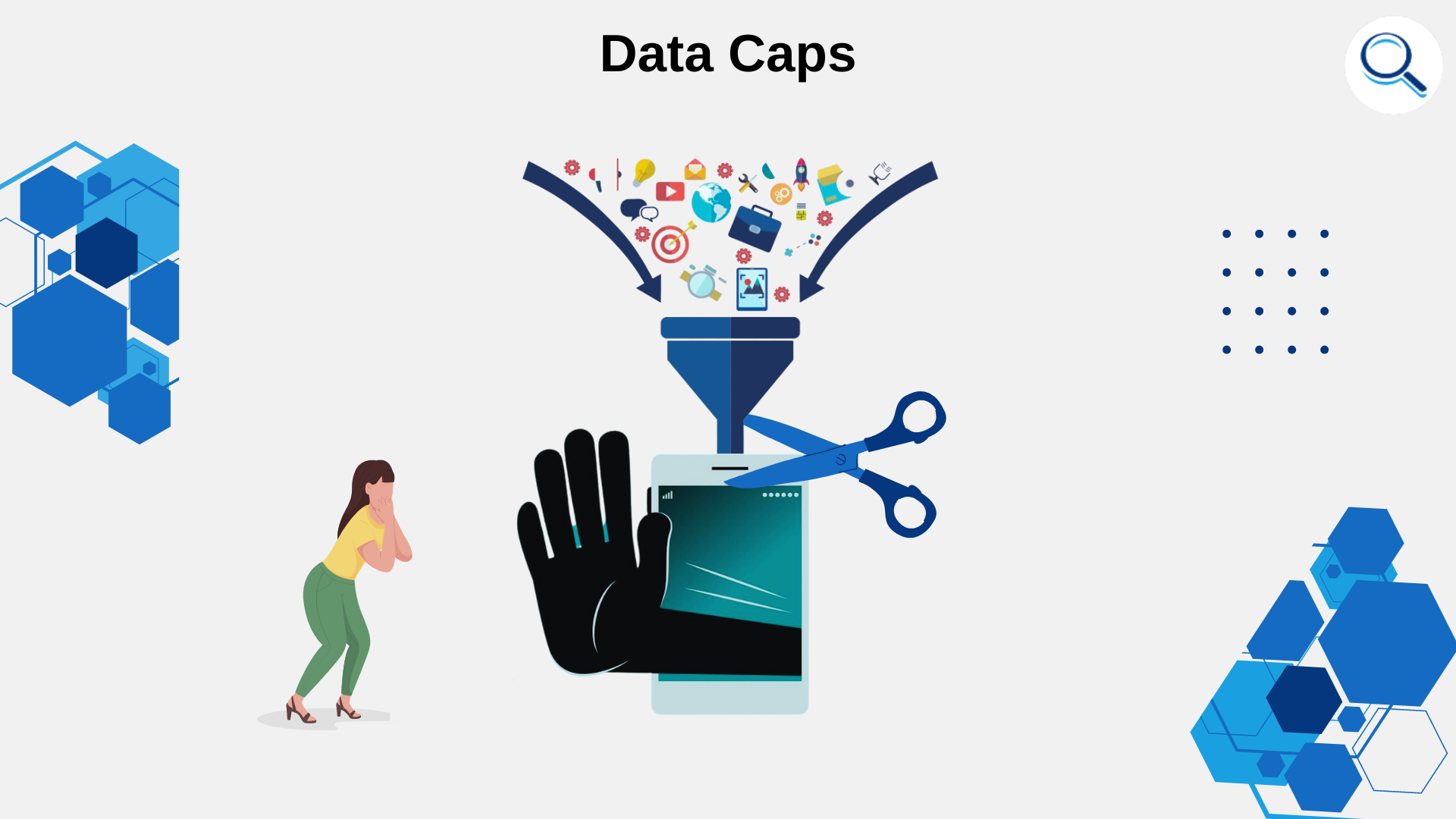 Hopefully, this article has clarified what can be a murky topic - choosing the best internet service provider. Ultimately, though, this process differs from person to person. The set of features most important to you might not be to Jenny down the street. What's worse is when you think certain features are all essential but find out they aren't after the first week.

This is why you should pay attention to this last point mentioned before but repeated here for emphasis. You don't want to sign up for a multi-year service plan and hate it soon after. That's why, no matter what, don't sign anything unless there is an escape clause. Most internet providers these days offer a grace period during which you can change your mind. You'll typically get all of your money back. No harm, no foul. You can go about your merry way looking for an ISP that is a better match.

In fact, the lack of a money-back trial period should be a hint to keep looking. Good luck!