The Internet is more extensive than we even realize. Think about every unique webpage you have seen and all the content there. Then imagine that there are millions to billions more pages and sites on top of that. There is more content than you could ever take in. Yet not all of that content is good for you. Unlike the birth of the Internet, primarily for researchers, there are now billions of people online, with more coming online every year.

Yet what do these internet users look like? Are there trends or habits that you should be paying attention to, whether for your career or out of personal interest?? What can we say about the rapidly rising Internet using population? There won't be a downturn, so we must look into the matter to better understand what people want and how people will use the Internet in the future.

Overall, there are about 5.25 billion worldwide internet users. It can be hard to get an exact amount, especially from countries less than forthcoming with data. However, at these levels, a close approximation is all we need. That's more than most of us can fathom, and there are many, if not most, of those people online in some way right now. For starters, that showcases needed infrastructures, but it also tells us how far we have come (more on that later). 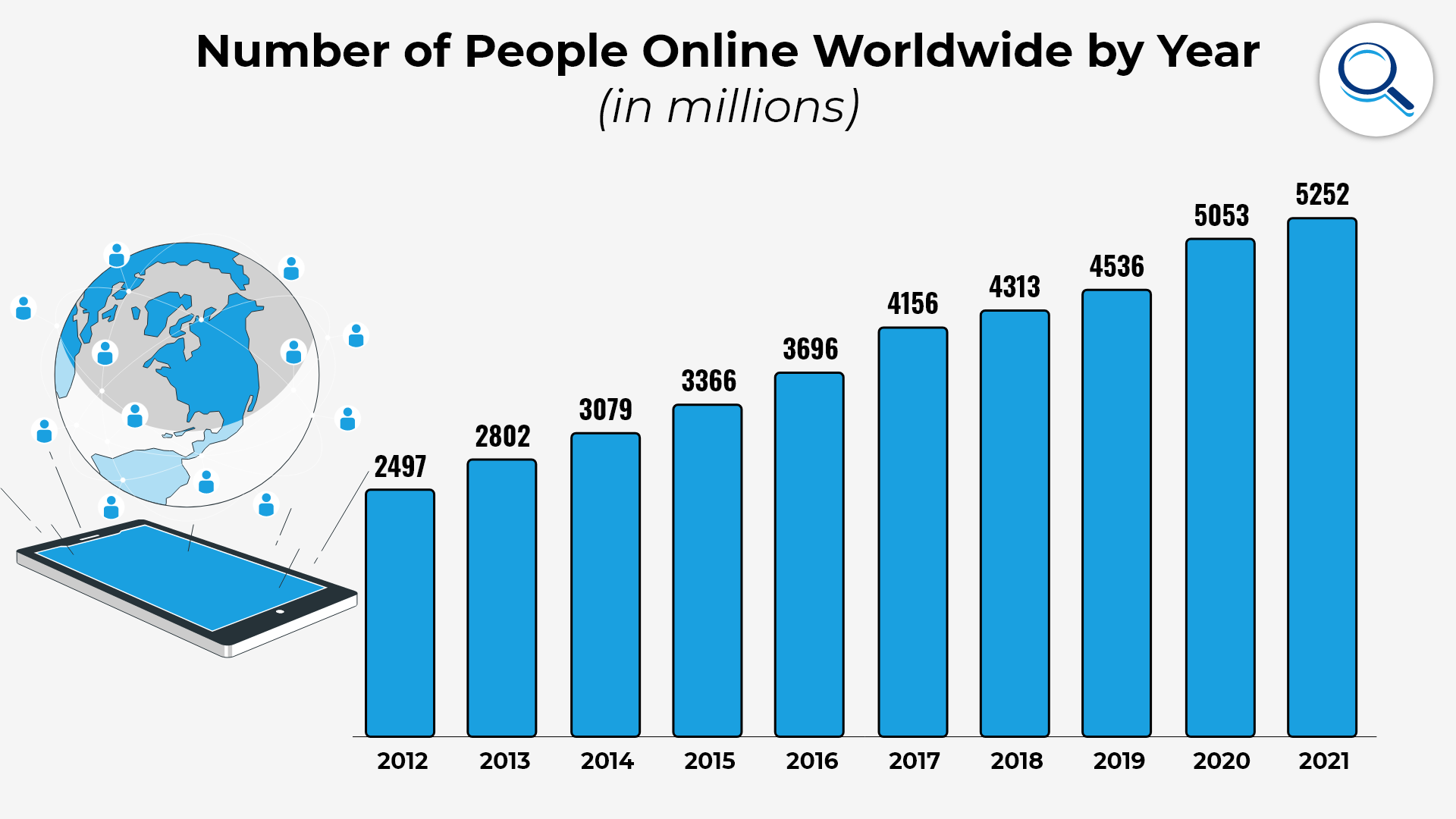 And as you can tell from the data above, more people are going online every year. And more people are born into a digital world, living as digital natives. That means the hesitation to try out new tech will be nearly zero when not factoring in cost reasons. It also means we will see more people using the types of services and online forums. Internet life will be more normalized than it already is.

What is the driving force behind this rate of growth? While plenty of people are on desktops and laptops, the actual driver is smartphones. Many people use their smartphones to connect to the online world, and smartphones are getting better at handling practically everything we need. People can shop, watch videos, communicate with whoever they wish, and even work, in some cases, all from their smartphones. The devices are getting more powerful, in general getting bigger, and are more connected than ever.

We also see an increased need for the devices overall across the world. As they do, more and more is expected from them. People need the Internet to communicate with people, apply for jobs, and work. And if most phones these days (another necessary device) are smartphones, then that means they will be online by default. Take a moment to look at how many smartphone subscriptions are in use today. Note that the number of subscriptions does not mean the number of users, as many people will have two smartphone subscriptions (one personal and one for work, for example): 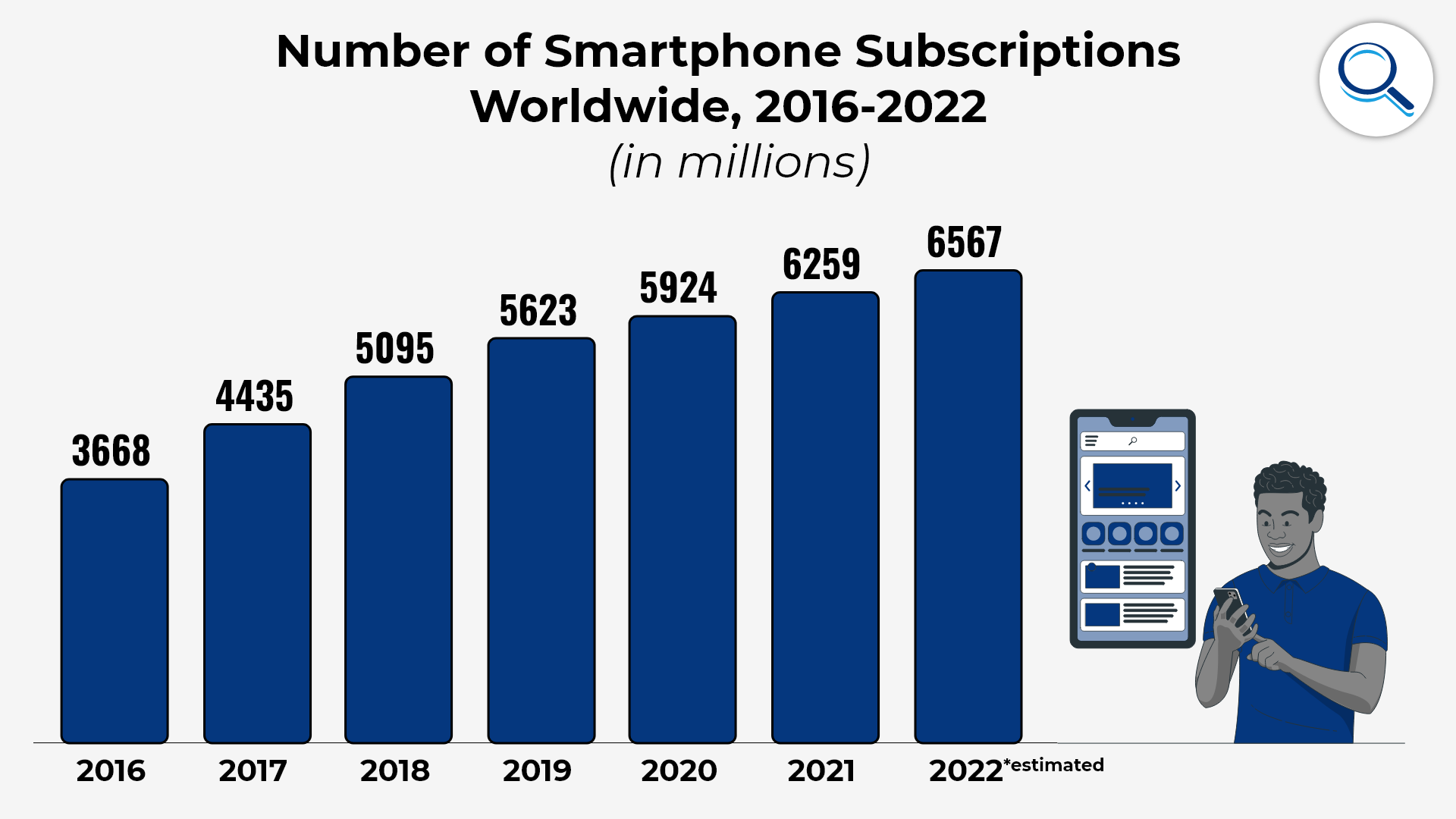 Finally, we are seeing an increased rate of internet infrastructure growth. Whether it means lines to provide fiber internet access, more infrastructure to provide 4G or 5G data plans, or something else entirely, people who weren't online before are getting access for the first time. Developing countries are changing dramatically from this, and we'll discuss it later.

Of course, there are other minor reasons we are seeing more people come online. The population, in general, is growing. The Internet is cheaper to get at least basic access to. It is more reliable to use. We recommend looking into the above reasons further to get the complete picture and be better able to predict future growth.

Often these massive numbers can be hard to put into context, so let us try to sum things up. In some regions of the world, we are finally seeing the building of infrastructure that has been available to more developed areas for at least a decade. On top of this, there are more and more reasons why it is essential to be online in some way and more opportunities than ever on the Internet. These factors, combined with a lower price point, make it so that large swaths of people join the internet community for the first time. And once this happens, future generations in those areas will do the same.

The penetration rate of internet service is what percentage of a population is using a service. In this case, it is about the percentage of people who have access to the Internet. This is one key indicator of how far the Internet has spread in a country, at least up to a certain point. Furthermore, a higher penetration rate means more people are interested in it and find it an essential part of life.

Surprisingly, the United States is not at the top of this list with a penetration rate of 89.8 percent, perhaps due to just having so much land to cover. It's easier to get everyone online (or give them potential access to the Internet) when the country's population is more focused on urban centers and when the country isn't so large. With that in mind, it might not be surprising that the country with the highest penetration rate in Denmark, with a penetration rate of 99 percent. Other countries close behind are Denmark, the UAE, Ireland, the UK, South Korea, Switzerland, and Saudi Arabia.

Government intervention and initiatives can significantly impact the penetration rate, as can the country's tech sector. A country with a considerable technology industry is likely not only going to be half-online. Furthermore, some technologies might change the game in the coming years. Starlink has had some setbacks and issues over the years, but once it takes off, the ambitious project will allow a lot more people to access faster Internet. It will likely be prohibitively expensive at first, but such is the case with most new technologies, and the price should eventually fall to a reasonable price worldwide.

What do People Do Online?

While we won't go into too much detail here as it would be too much ground to cover in this article, people around the world generally use the Internet for the same things. Some of these include: 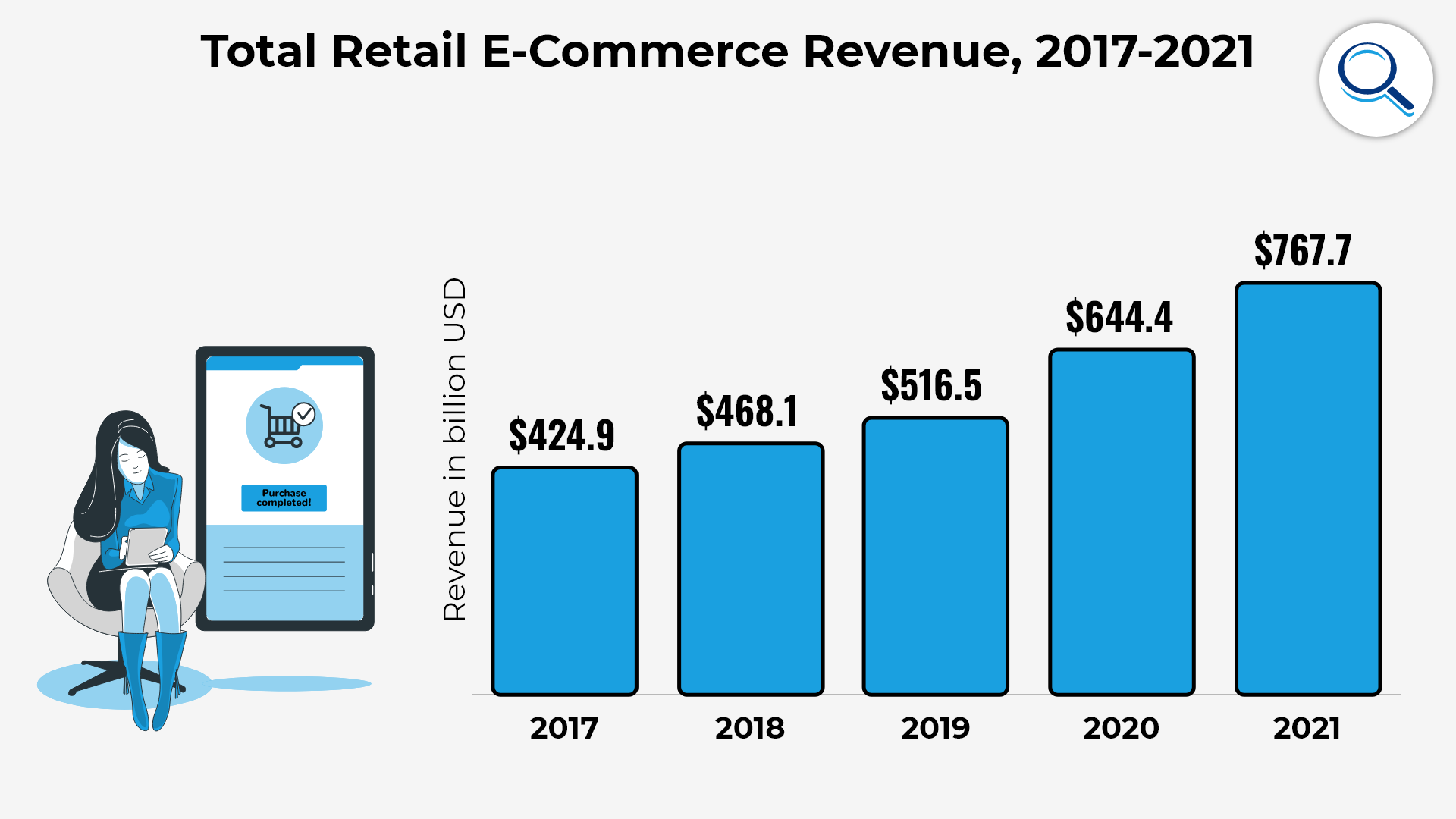 What should people be doing online, and what is the best way to use this great network of information and communication? The debate has hardly been solved, and it will be slightly different depending on where you are in the world. Some countries will censor the Internet or limit some activities. Others will allow practically anything online. Information is always tricky to regulate, and we expect debates on the issue for as long as the Internet exists. We might not even get complete data on it, as some groups and countries try to obfuscate what is happening.

The Importance of Mobile

We touched upon this topic before, but many people currently online don't even have a laptop or desktop. People are relying on mobile devices to do more and more, and we will likely reach a point where a laptop or desktop is optional for the average person, at least on a day-to-day basis. Many people have figured out how to do homework, run businesses, and communicate with everyone they care about with just a smartphone.

Yet mobile does have its limitations. Some people might be stuck with a data plan and still have limited access to fast WiFi (or might not be able to access secure WiFi constantly). There aren't as many mechanisms for control on a smartphone as you can get with a fully equipped computer. You still aren't able to do more than the most rudimentary of video editing on the phone yet. They also aren't as powerful as dedicated PCs.

In total, there are more than four billion smartphone users worldwide, with some variances depending on the estimate. And just about every one of those people has internet access through their smartphone. And that level of connection will improve with new technologies and better smartphones. Will mobile devices become the primary devices for most people as opposed to necessary but secondary devices? It may not feel like it, but it might already be the case in terms of time spent.

What Can We Expect from Here?

What can we make of these statistics and the surrounding technology environment? What growth can we expect, and how will people react?

As more people are born and grow older, there will be more internet users worldwide. We might not be able to communicate with them all, and their version of the Internet might look somewhat different than ours. Still, we are growing towards an increasingly interconnected online community. We hope that the above information helps you better understand how large the Internet and its user base are and encourages you to do more research if you feel the need.