Important Internet Statistics Every Marketer Should Know in 2022

In a world where the best goods and services can be easily gained from anywhere around the world, marketing is how businesses keep up with each other and stay ahead of the pack. Even the brightest diamond can be lost in a sea of websites and social media pages without it, and while reputation and word-of-mouth matter greatly (more on that lately), there is so much more you have to consider. You have limited resources, and as such, you’ll have to focus. With these statistics, you’ll have the tools you need to

Here are things you should know going into the rest of 2022:

Just because we are now online doesn’t mean that people don’t consider their friends and family to be the best and trusted sources of information on what they should or shouldn’t buy. People are understandably cynical of marketing or just ignore most of the commercials that come their way. More people have some sort of ad-blocking program than ever before, if not to avoid annoyance than to stay safe online (there are a fair number of malicious ads that could potentially infect a computer with malware).

As a marketer, you need to harness word-of-mouth above all else. Here are some facts to drive this home:

Paid Marketing Still Has Its Place

While paid marketing through advertisements and the like has nearly always been the way of things, marketers have had to more frequently rethink their methods and their options. Advertisements could take many forms, but traditional ads are often ignored by people. Placements, search ads, and more, however, are part of the future. Here are some stats on the matter:

You can’t talk about online marketing today without talking about content marketing. It does often require specialists and a bit more time to set up properly than some other forms of advertising and marketing, but it also has the opportunity to provide value to your customers in other ways, and to keep people interested in your brand.

Here are some key stats to keep in mind and facts to take to heart:

Compared to some of the other topics listed here, email marketing might be a little boring. Yet it is perhaps boring, but by no means dead. It remains one of the best and more important tools in the marketer’s toolbox, a vital part of the chain.

Here are some things about email marketing to remind yourself of from time to time:

Smartphones have taken over our lives. In fact, you probably are reading this very article on a smartphone. To this end, here are some important statistics you as a marketer should know about these devices:

You probably already know this by now, but social media is the future of marketing. People are constantly seeking out ways to best use their ad dollars, but the good news for marketers is that the targeting of advertising is becoming the norm, and companies can find their preferred audience that much more easily. Some research will be required and marketers will need to know their audience more than ever, but the potential ROI is massive compared to the advertising of the past.

And odds are your intended audience will be on social media. Look at the growth of total social media users over the past years. 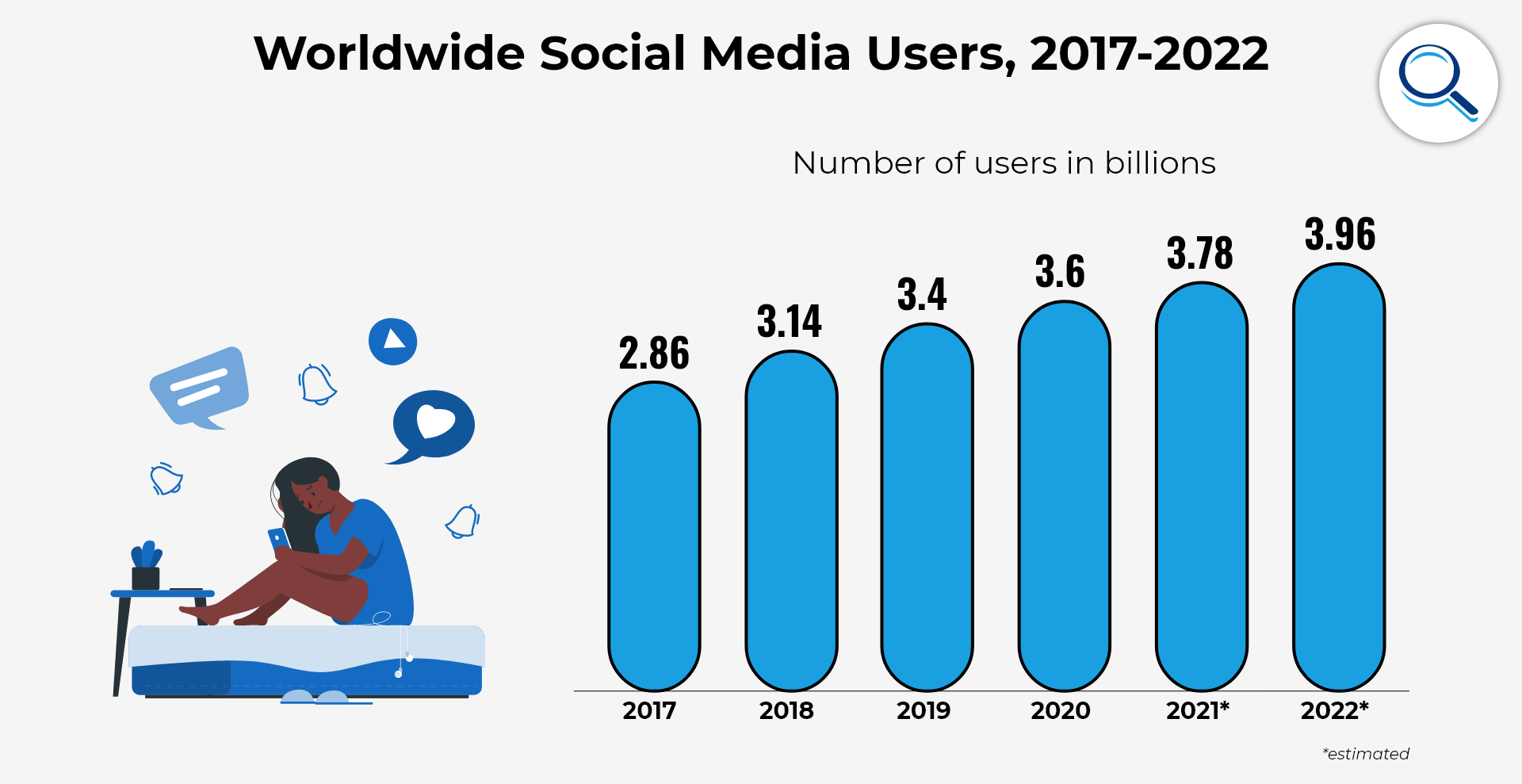 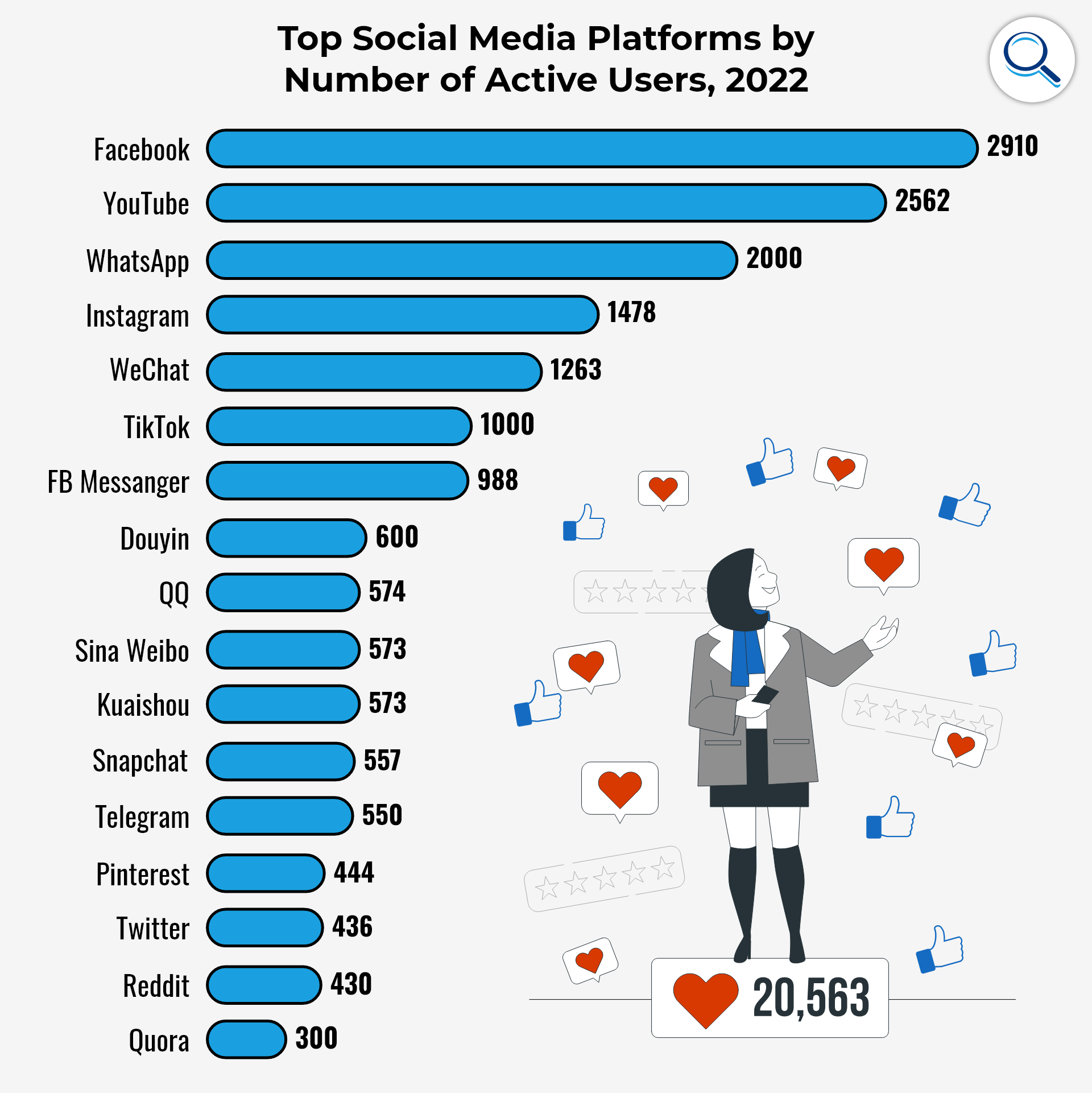 There was a time when dealing with video marketing online was something of a risk, partially because of the expense and partly because the video wasn’t always seen. A decent internet connection was required and video was something of a commitment for the consumer. That time has long since passed us by. Now video marketing is one of the smartest moves possible, and people are consuming hours of video content each day, often without realizing it.

Here are some statistics to drive home its importance:

The internet is huge. And it’s getting bigger. More people are coming online than ever before. Look at the total number of people coming online via one form or another over the last several years: 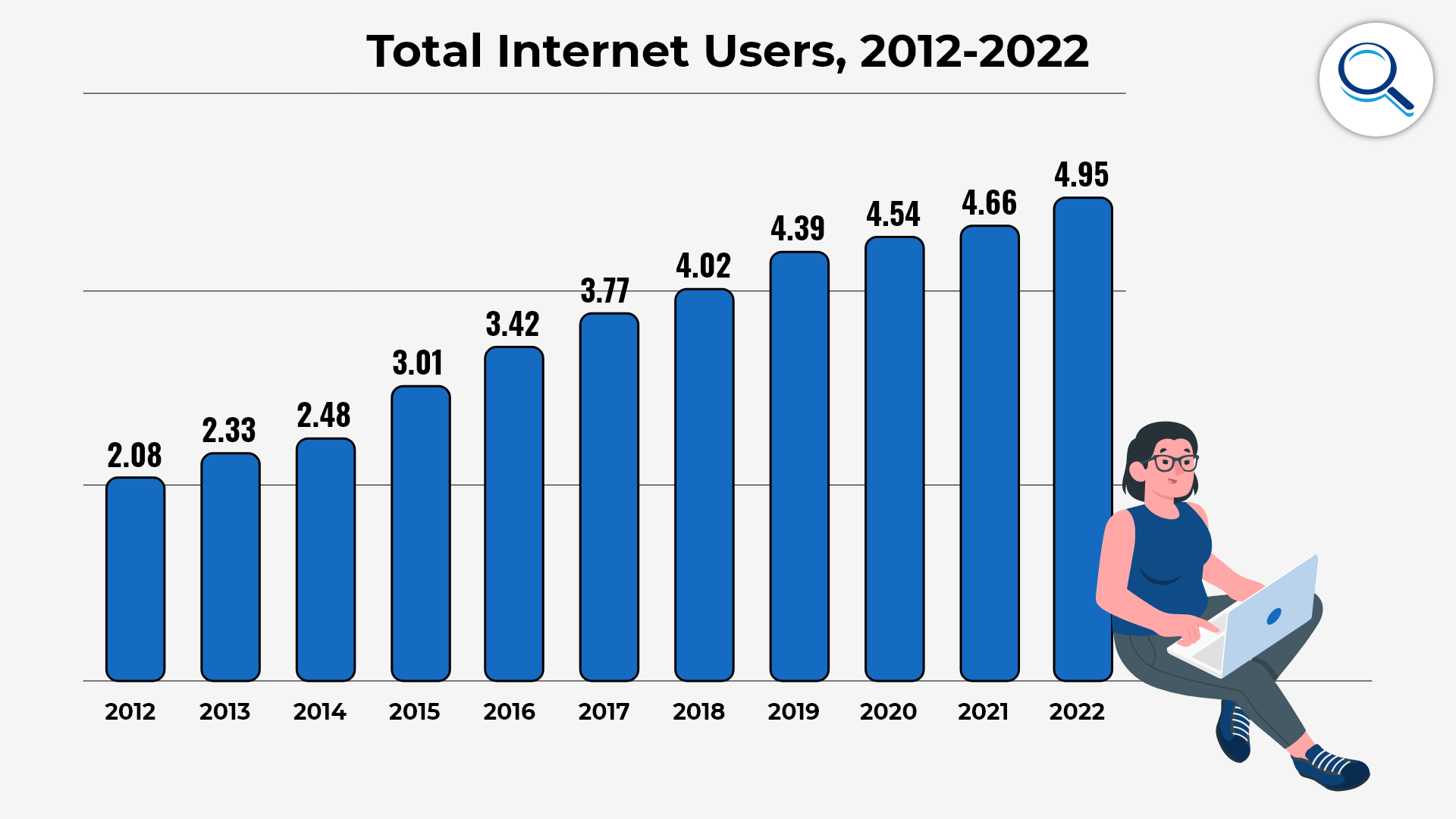 Naturally, it isn’t as easy as companies saying “oh yes, we’re just going to provide services to the entire globe now” if it is a retail business. International laws can be complicated, and shipping or providing logistics to reasonably operate in other regions is no small feat. You may have to consider just which markets will provide the best ROI, both when it comes to service and advertisement.

However, do note that more people are online around the world than you might think, and more people will be able to afford or otherwise need the goods and services you are marketing. You as a marketer might want to at least be aware of these markets, or consider what is working in them.

And we probably don’t need to tell you this, but eCommerce is growing faster than most people would have predicted a decade ago. Companies are doing a much better job of providing consistent service online. People are better able to access the internet and are more used to the idea of shopping online. Look at the growth of eCommerce revenue over the years: 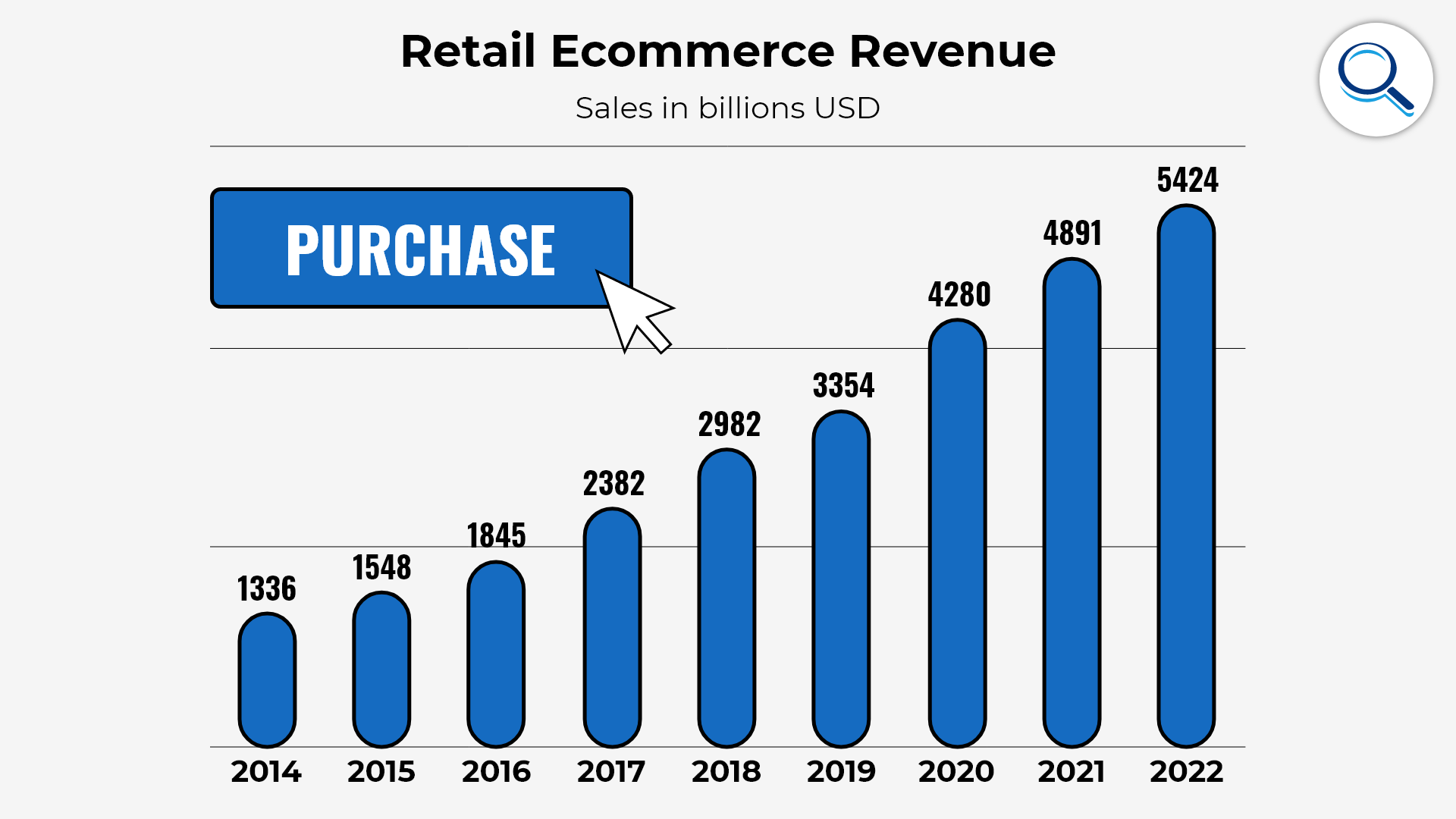 World events being what they are, there could also be disruptions to the online world, available markets, and what would be most effective. It will come down to marketers and executives (with the help of a lot of research) to determine where resources would best be spent. The internet can be chaotic, but there are plenty of opportunities arising every single day as well. Keep on top of things so that you and your team can adapt as necessary.

Finally, the realm of online audio has not been utilized as much as other formats, even though radio commercials were a large (if not as large as TV) driver for many years. And there is a lot of attention from users, with listeners spending more than 16 hours a week with online audio (Spotify is the largest platform). Podcasts are listened to regularly by more than a quarter of the United States population, and that is an audience that is likely to pay attention to what you have to say.

As marketers get more involved online than they already are and the internet grows, marketers will need to consider their actions and the weight of their campaigns. There are certainly some pitfalls that they could run into that the stats show. Here’s what you should be aware of:

There is a lot to say about eCommerce these days, and no single article could hope to go in-depth enough to provide a complete picture. Nonetheless, we hope that you have some points to jump off on now and that you as a marketer are more confident in your online strategy. It will take effort and it will likely take time, but your clients and your own services will eventually see results if you follow the data and keep your strategies going with that in mind.