Internet Statistics in 2020: The State of Cyberspace

The internet is vast, vital to most of our lives, and growing at a rate only a few of us could dream of 30 years ago. There are few topics more worthy of your time to understand. The benefits of learning more about the internet can improve your home life, your business, or simply allow you to get more enjoyment out of your time each day. Whether you are a tech professional or the average person, there is so much to learn, and something new is happening every day.

Yet how should you study the internet, and through what lens should you look at it? While you can use examples and anecdotes, especially if you’re curious about whether something can be done, it leaves an incomplete picture. Yet with billions of users (and growing) only large-scale statistics can get to the heart of many questions. Data is the best predictor for at least mainstream trends, and for your improved understanding of this interesting and developing world, we will provide you with plenty of information on the subject.

Here are all the statistics you should be aware of regarding the internet going into 2020, divided into five major categories:

While deeper topics are explored later in the piece, it’s important to understand how the pillars and the user base of online life look in 2020.

Here are some general statistics and information to give you a better understanding of modern cyberspace: 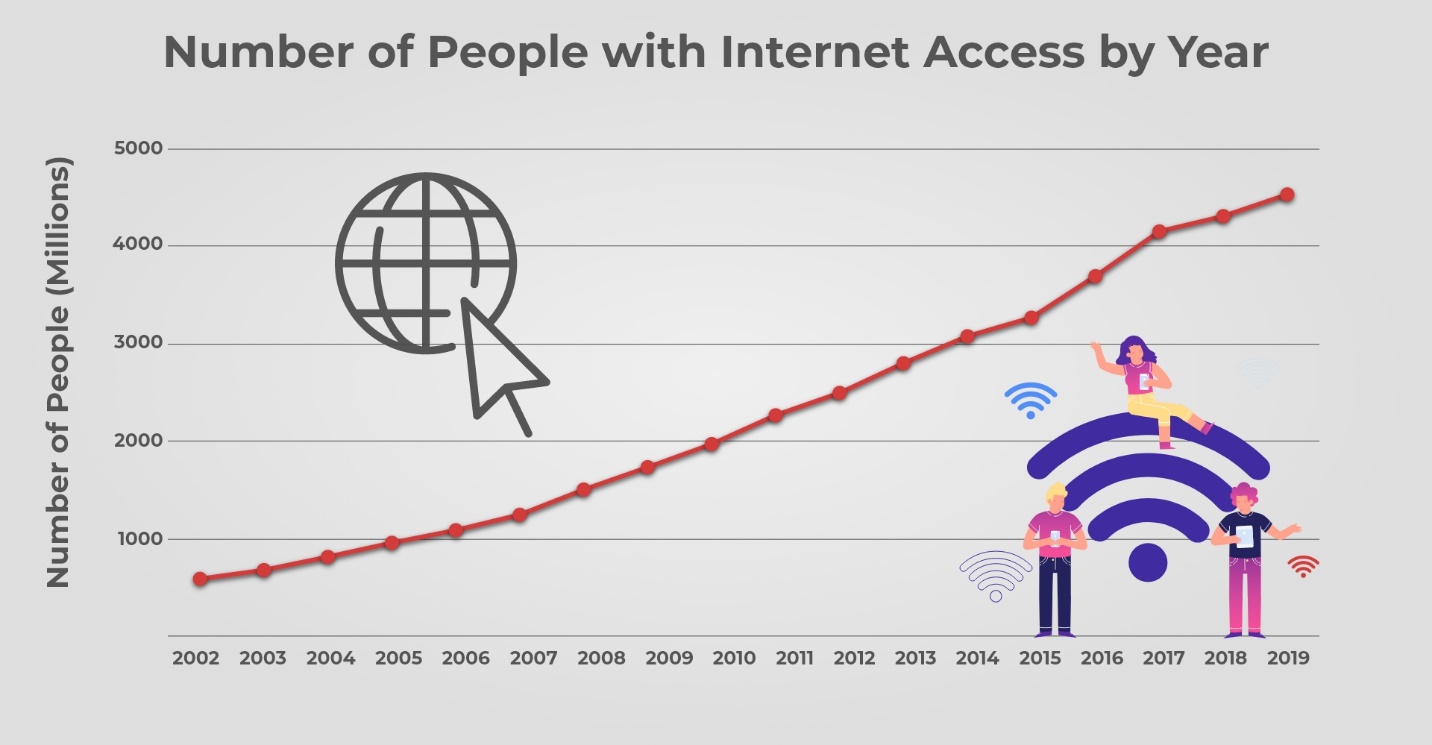 Whether we’ll see a huge amount of growth as we’ve seen before or a temporary slowdown before another push is yet to be seen. 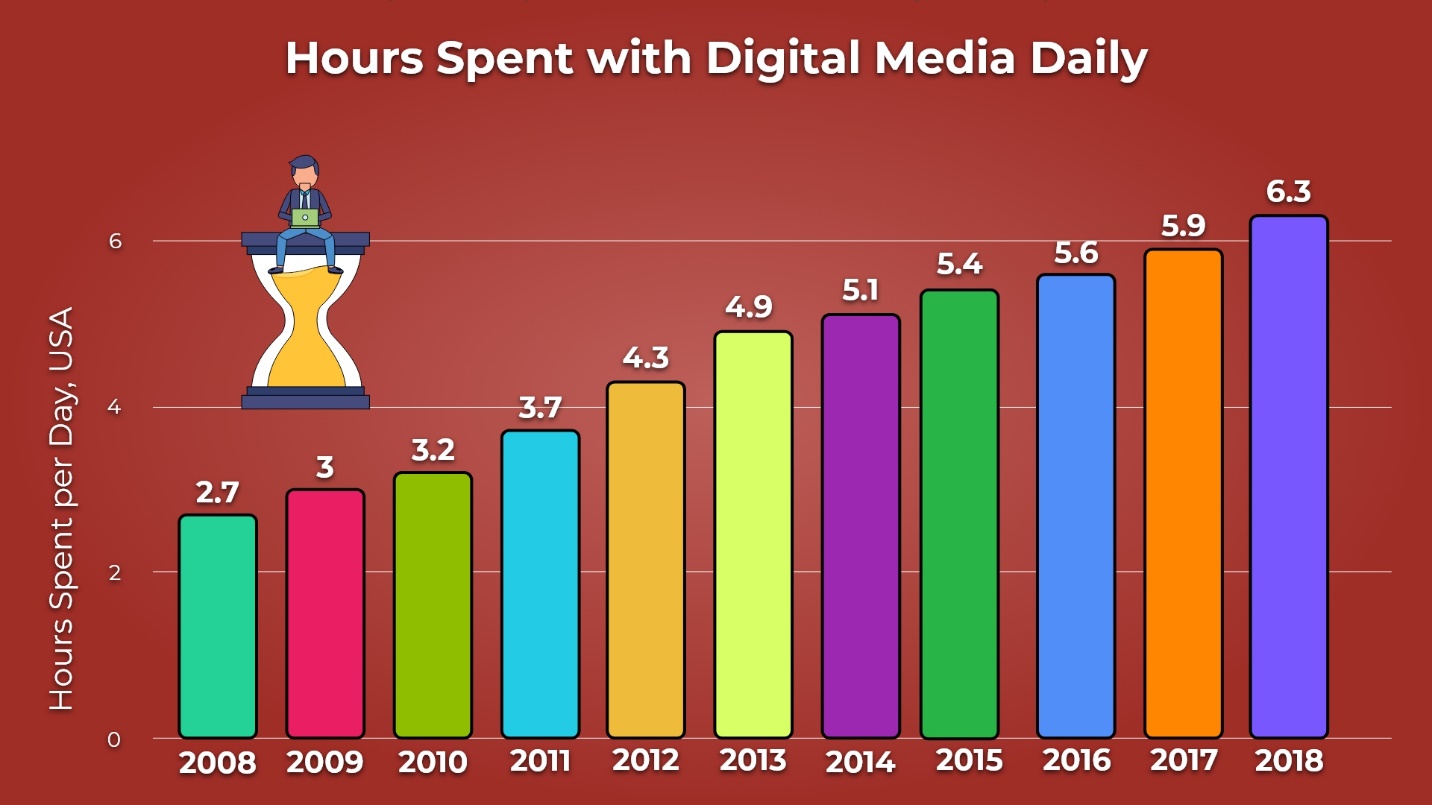 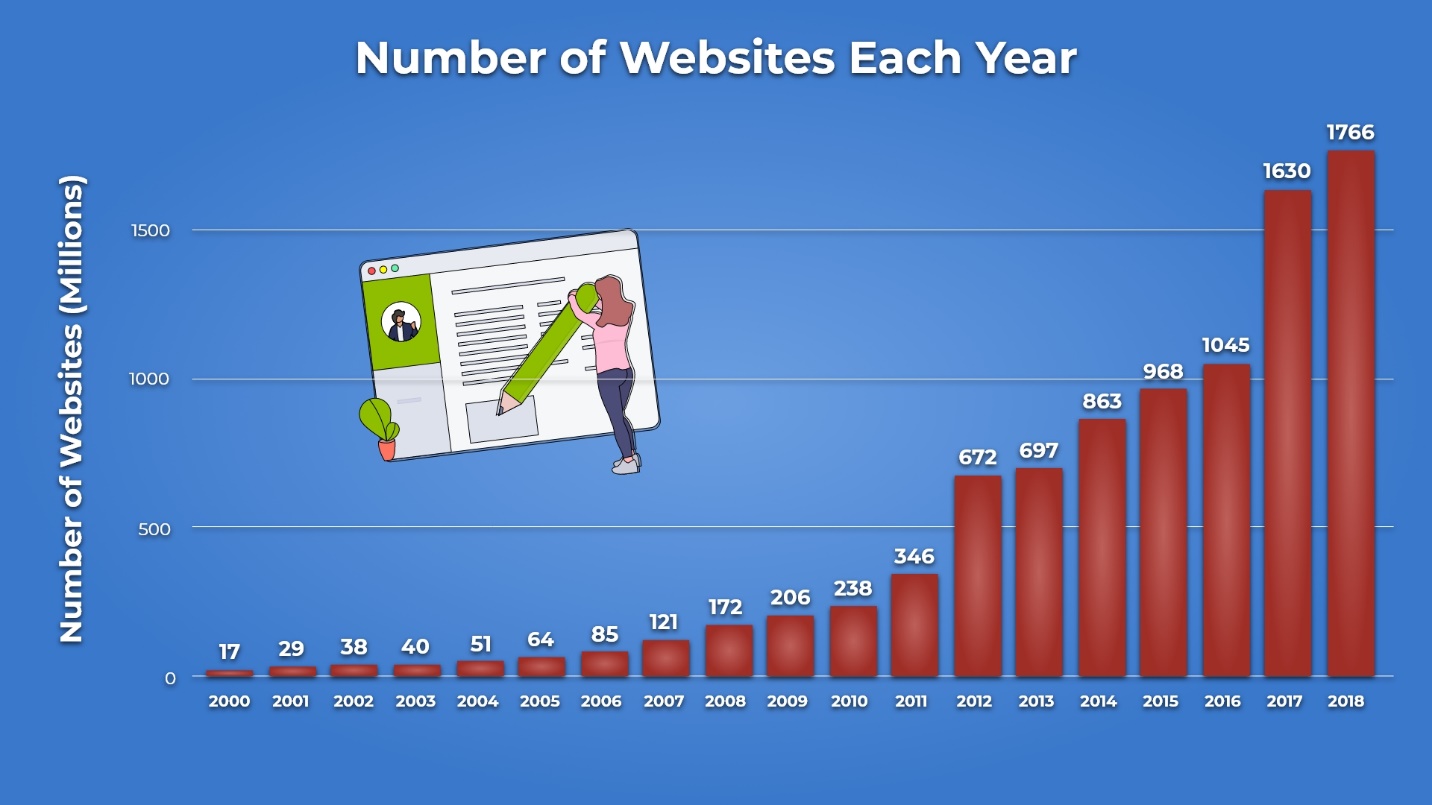 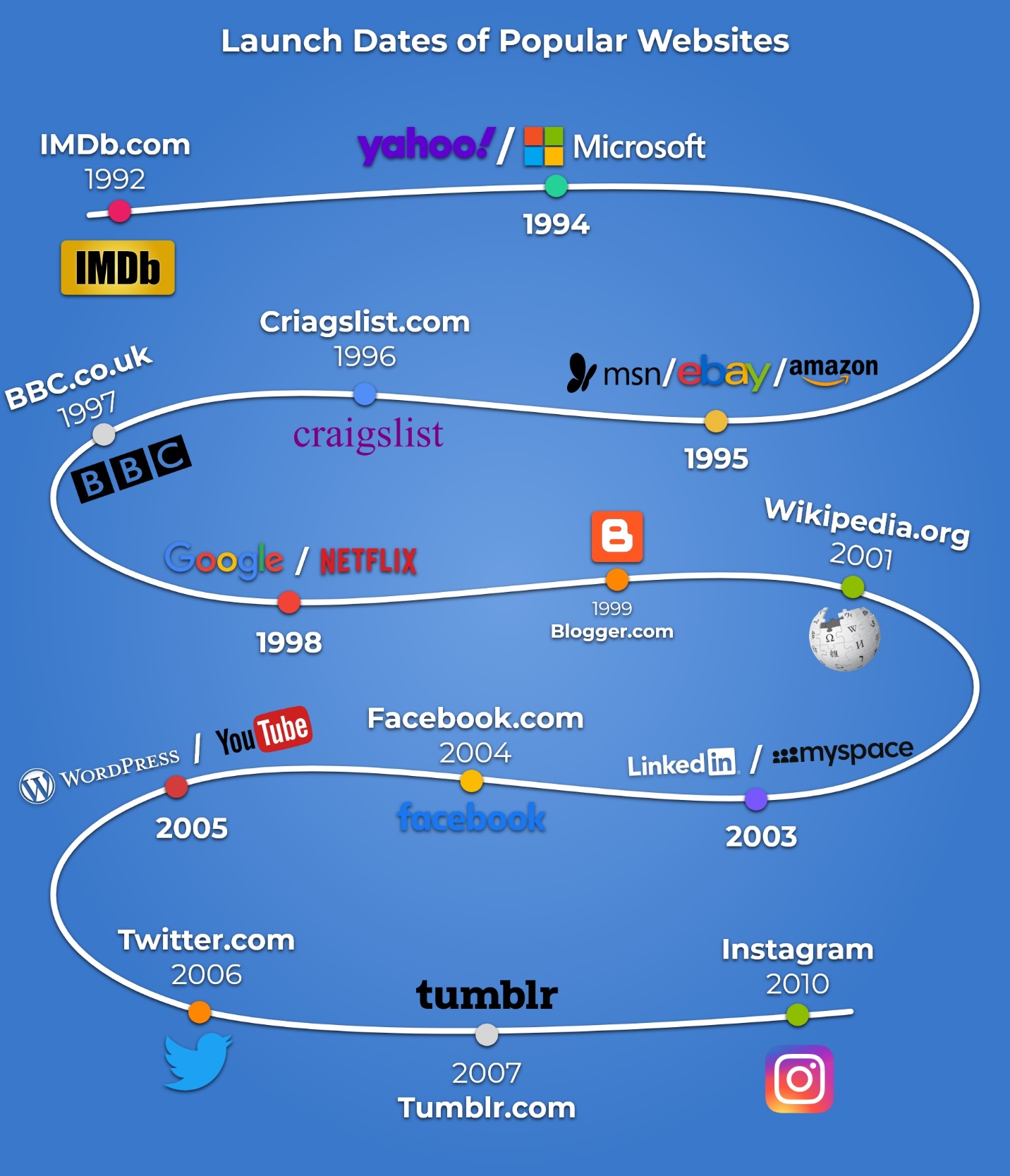 This is just a small sample, and there are many more potential examples. Many more of these sites only grew in scope over a short period of time (some social media sites took a while to take off).

There are just as many sites that took off, declined, and are now either effectively dead or a shell of their former selves. It’s not just new sites constantly being built, it’s new sites and pages being built that also exceed the number of defunct pages. 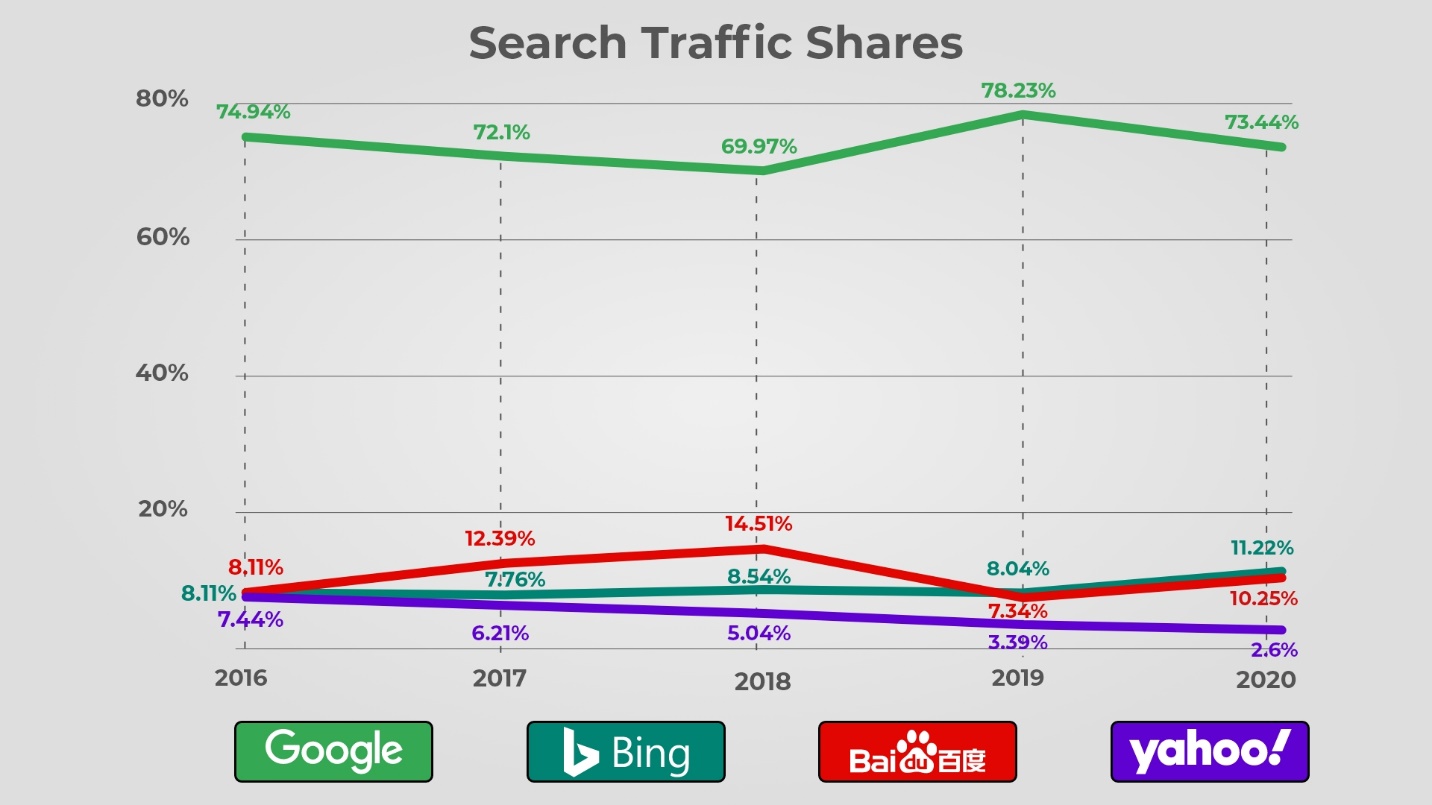 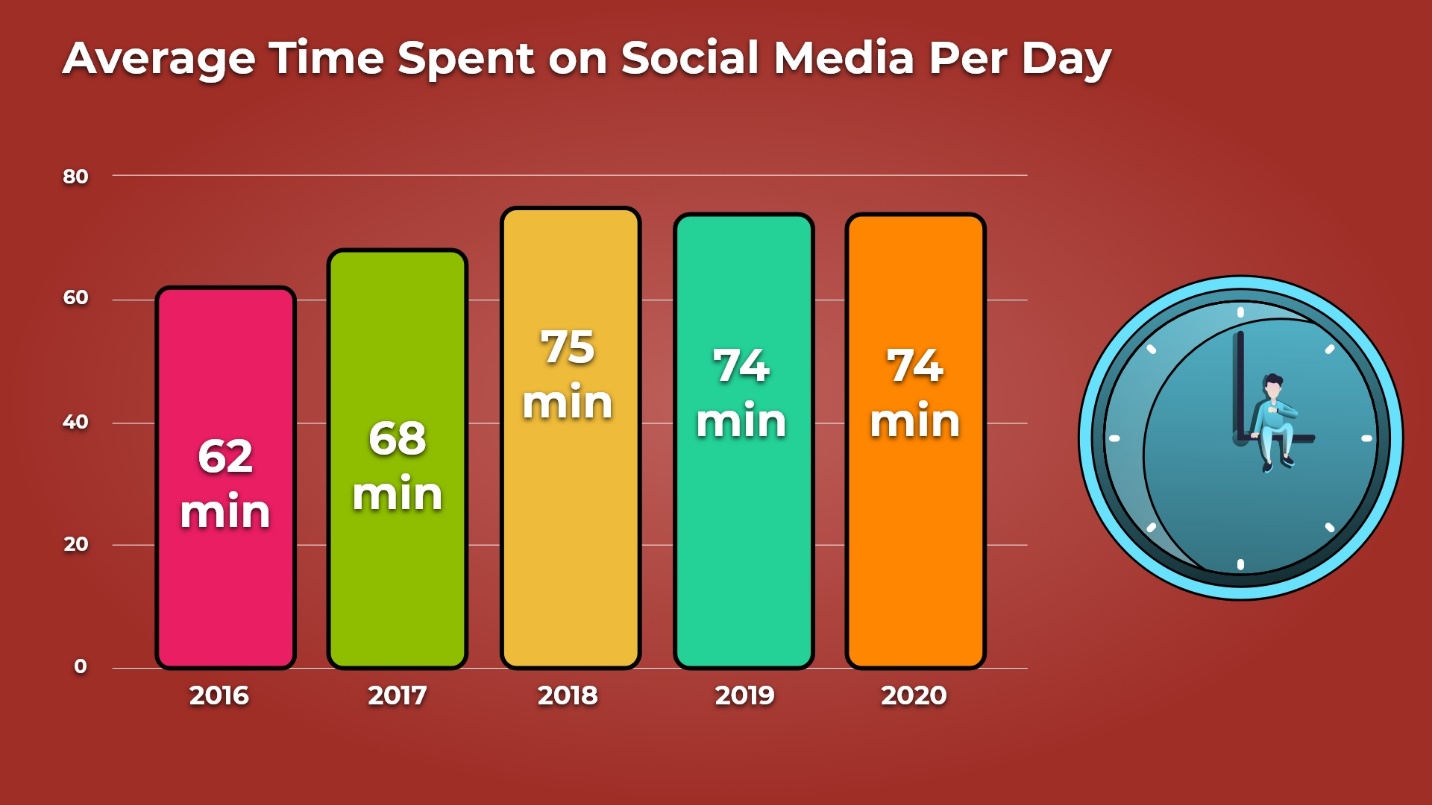 Smartphones and the Internet of Things 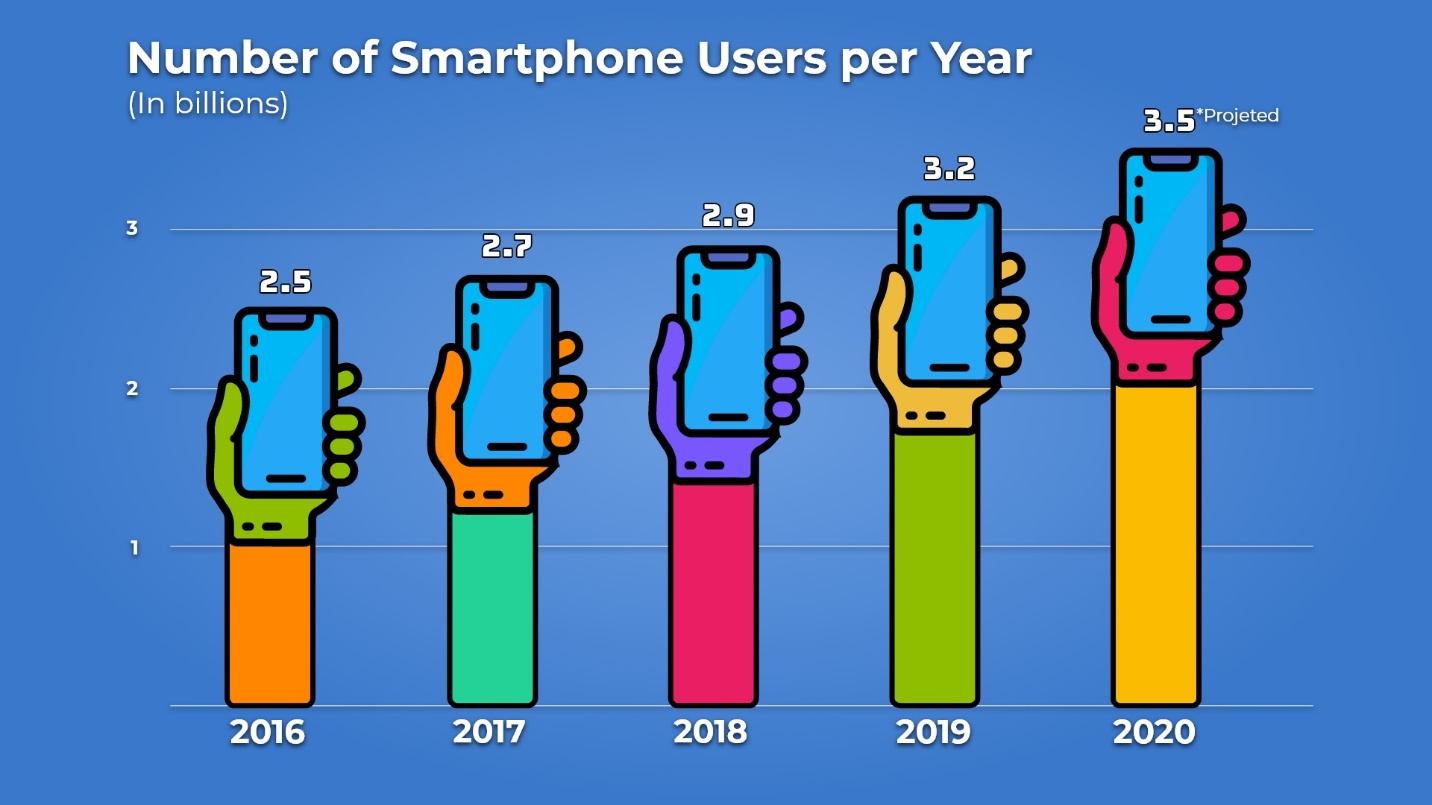 While no one can predict technological or social development entirely accurately, based on the above and additional information, here are a few trends and expectations you should have moving in 2020 and beyond and be thinking about while reading further sections:

Having an office isn’t a requirement anymore. More people are working from home than ever, and online businesses using only remote workers is common practice. It’s possible you’re already working from home or are thinking about making the switch soon. Yet why are people doing this, and what can we expect from the future of remote work?

Here are some numbers to showcase the trends and tell you precisely what is happening:

Remote Work Numbers and the Trend Towards Freelancing

As the internet and the capability to work remotely with ease have become common, managers, executives, and hiring managers have had to come to terms with (or actively embrace) this new landscape. Here are some statistics that should get anyone in those positions (and many others) thinking: 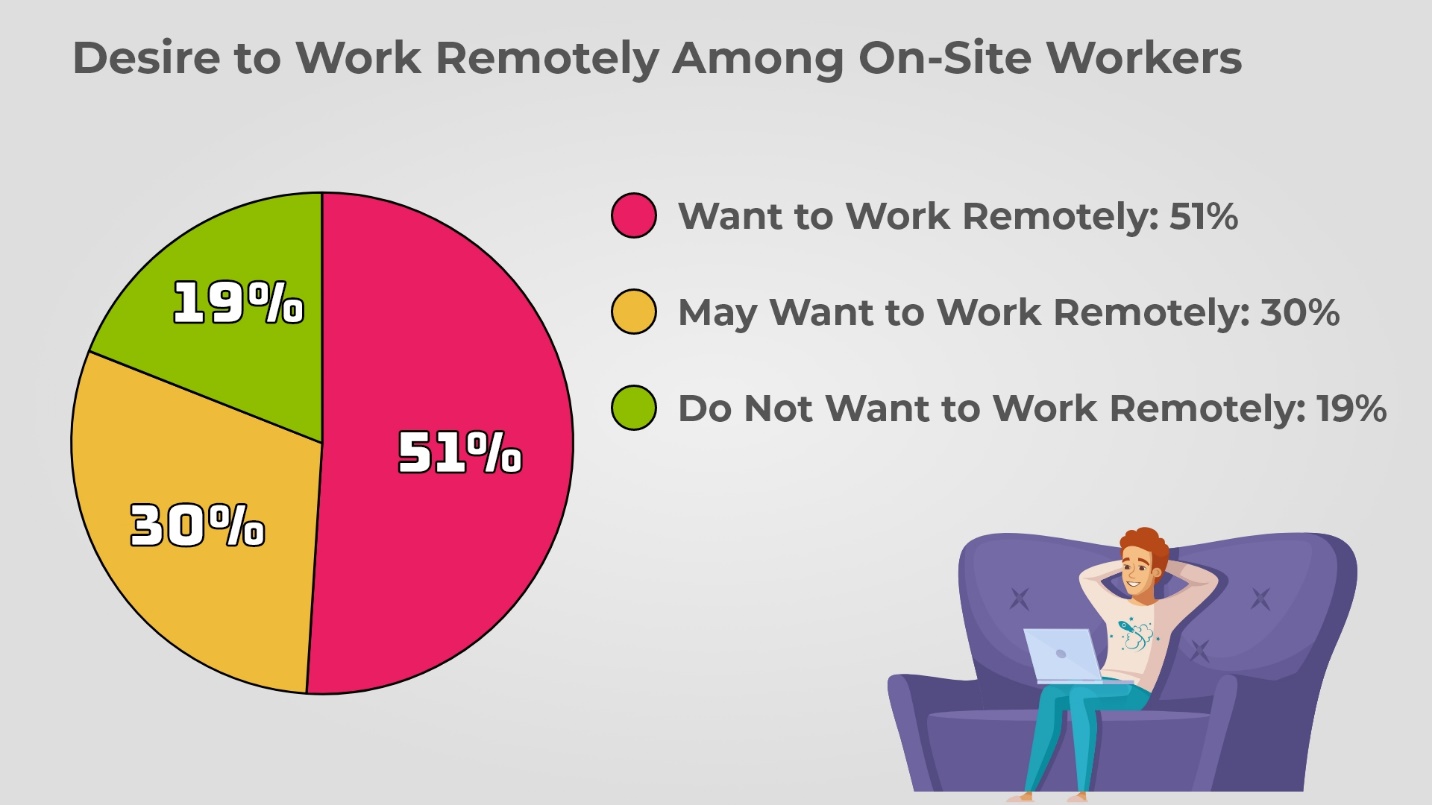 Who Is a Remote Worker, and Why Are They Happier?

Now we should take a look at the remote workers themselves, what their preferences and opinions are, in general, who they are, and statistics surrounding the benefits of being a remote worker.

Naturally, being such a large group, remote workers have many backgrounds and many goals. According to the Flexjobs 2019 annual survey, remote workers identify strongly with the following groups of people: 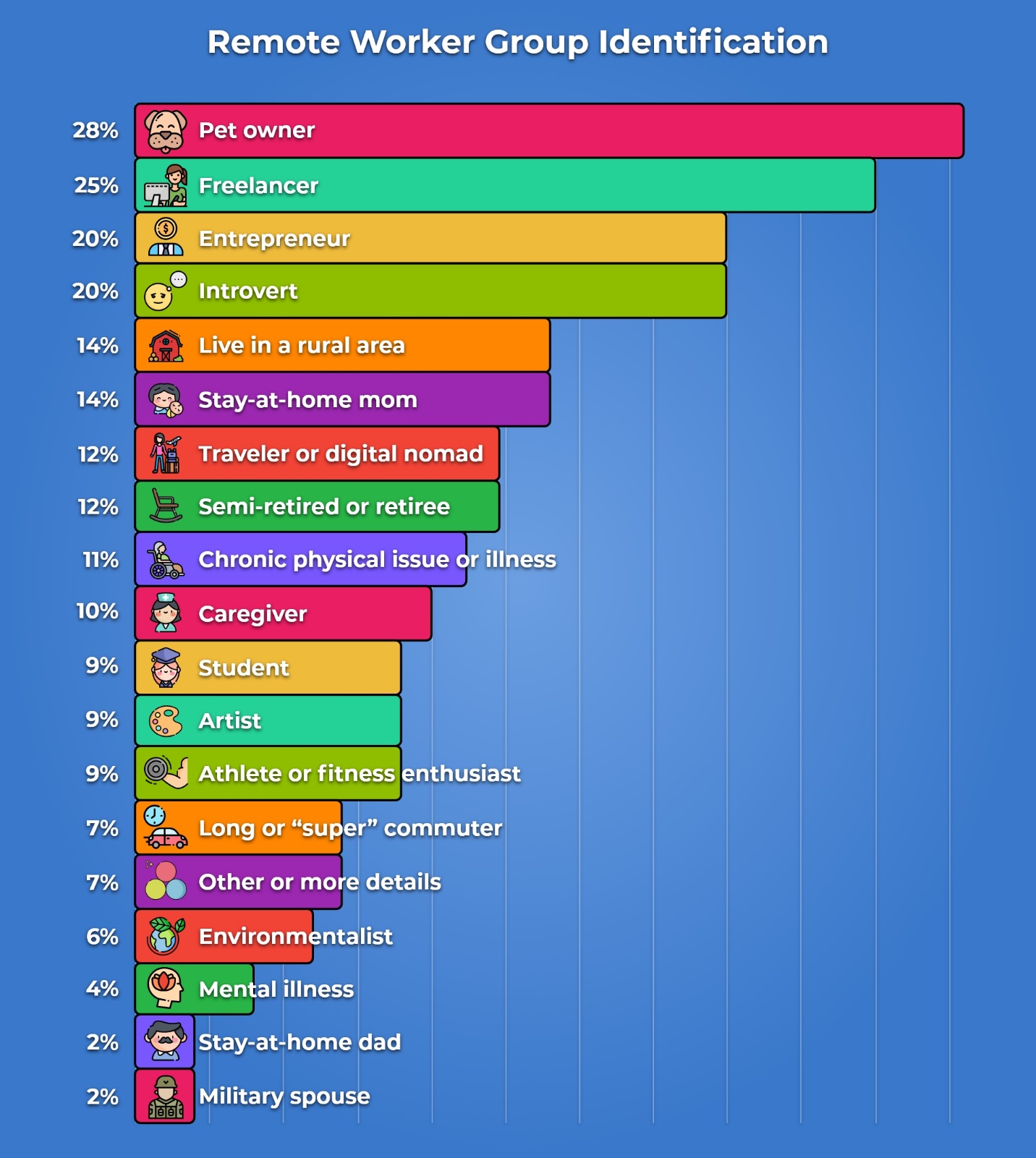 You probably see yourself in this list, whether you’re an employee or employer. It’s important to note that cyberspace is making the previously unable to work able to make a living for themselves and contribute more to the economy. It’s also allowing employers to consider previously unavailable but otherwise qualified people for positions.

Now let’s look at the benefits for a while, and review as best we can what is making remote workers more satisfied: 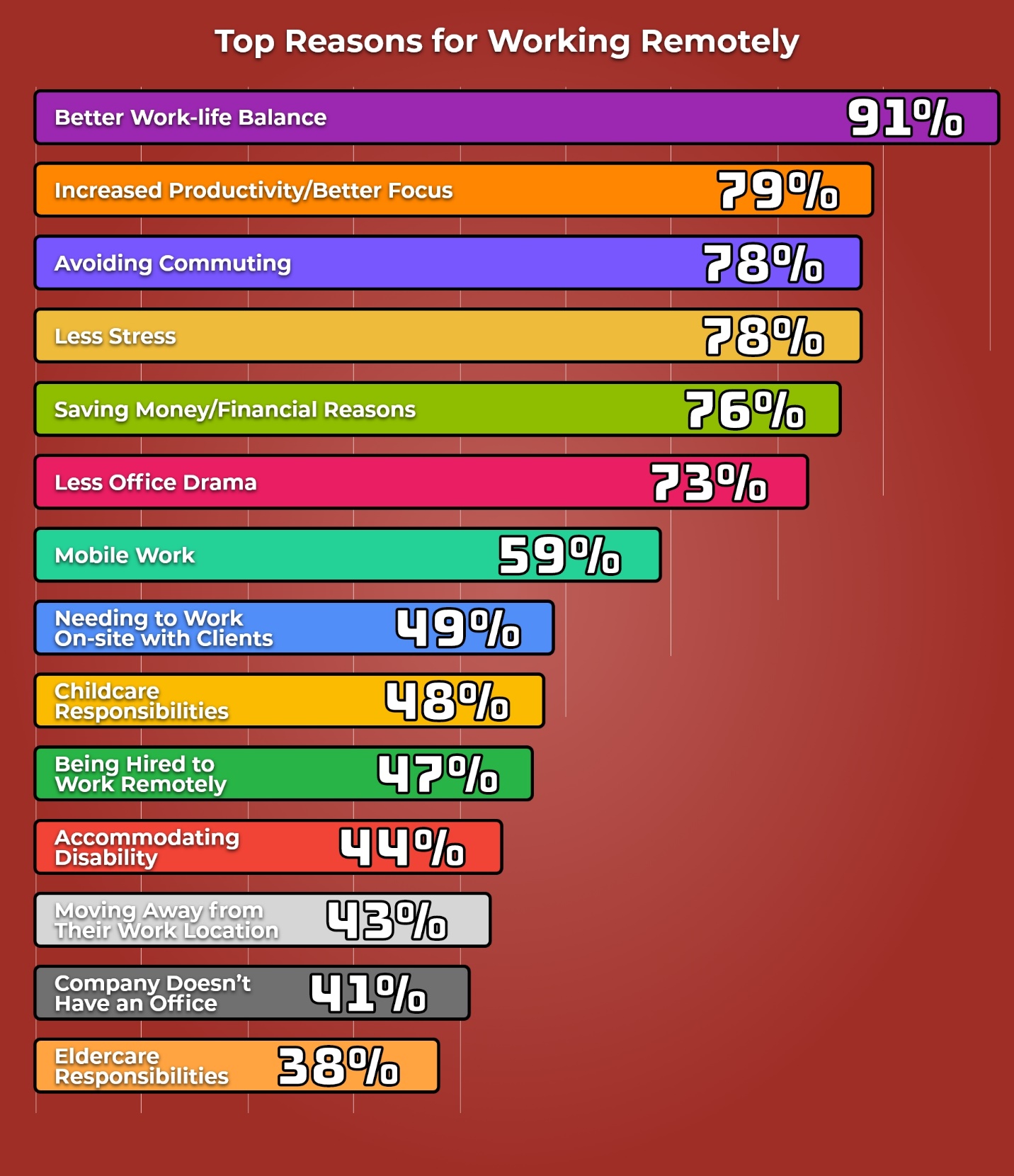 These reasons ultimately come down into one of several categories:

These aren’t the only reasons, but they are the most prominent, and the internet is allowing people to congregate, collect data like this, and more easily make changes in their life.

Looking at the most-used websites online can help us reflect on both how people use the internet now and how it might be used in the future. Here are the most used websites of the last year: 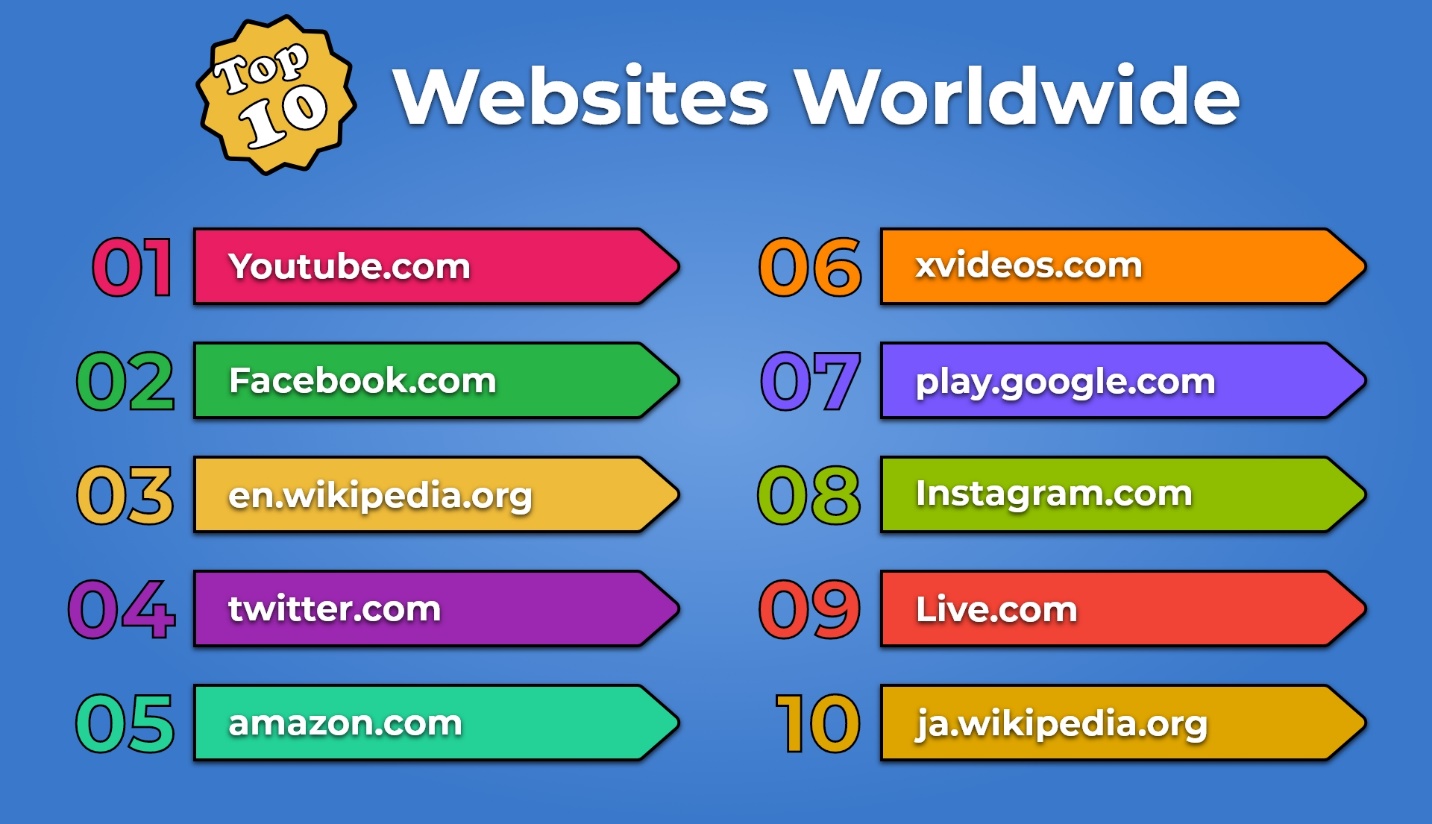 This is only the tip of the iceberg, and you may not even think of the above as websites due to their uniquity in everyday online life. So, to at least give you a hint as to what people use the internet for, here are the top 100 websites broken down by main purpose or site type. 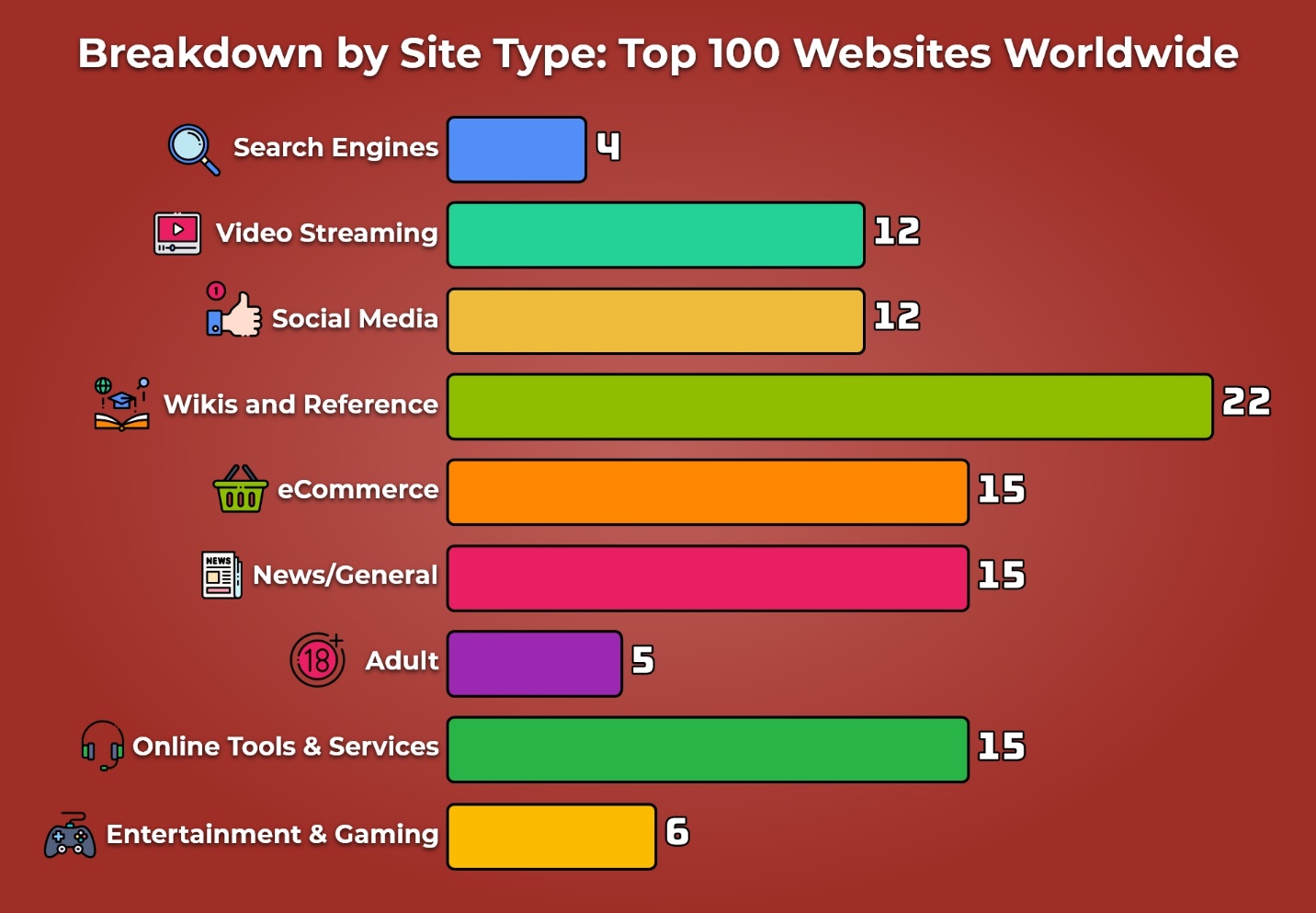 There are a few clear trends looking at these sites that we can surmise based on the results:

Another trend that we consider vital to the idea that, in some ways, there is more than one internet. While websites used by the Western world remain somewhat consistent, China, through its more restrictive policies regarding the internet, has an entirely different set of metrics and sites to keep track of, and we don’t always have access to that data, or access with the assurance that it’s accurate.

Whether this may be the case for other countries or geographical regions may vary based on how the governments operate. For example, the North Korean government heavily restricts the internet (to people who have access in the first place) to only a very limited series of websites. In less extreme cases, we might have the full information about the most popular sites.

And yet there’s something else that is vital to mention when talking about the most popular websites and online activity in 2020: It’s not all websites anymore. Apps are becoming increasingly popular to the degree that their mobile use may eclipse that of the standard web browser, and if the internet’s main purpose is access to information, mobile apps are one of the most commonly used doors. 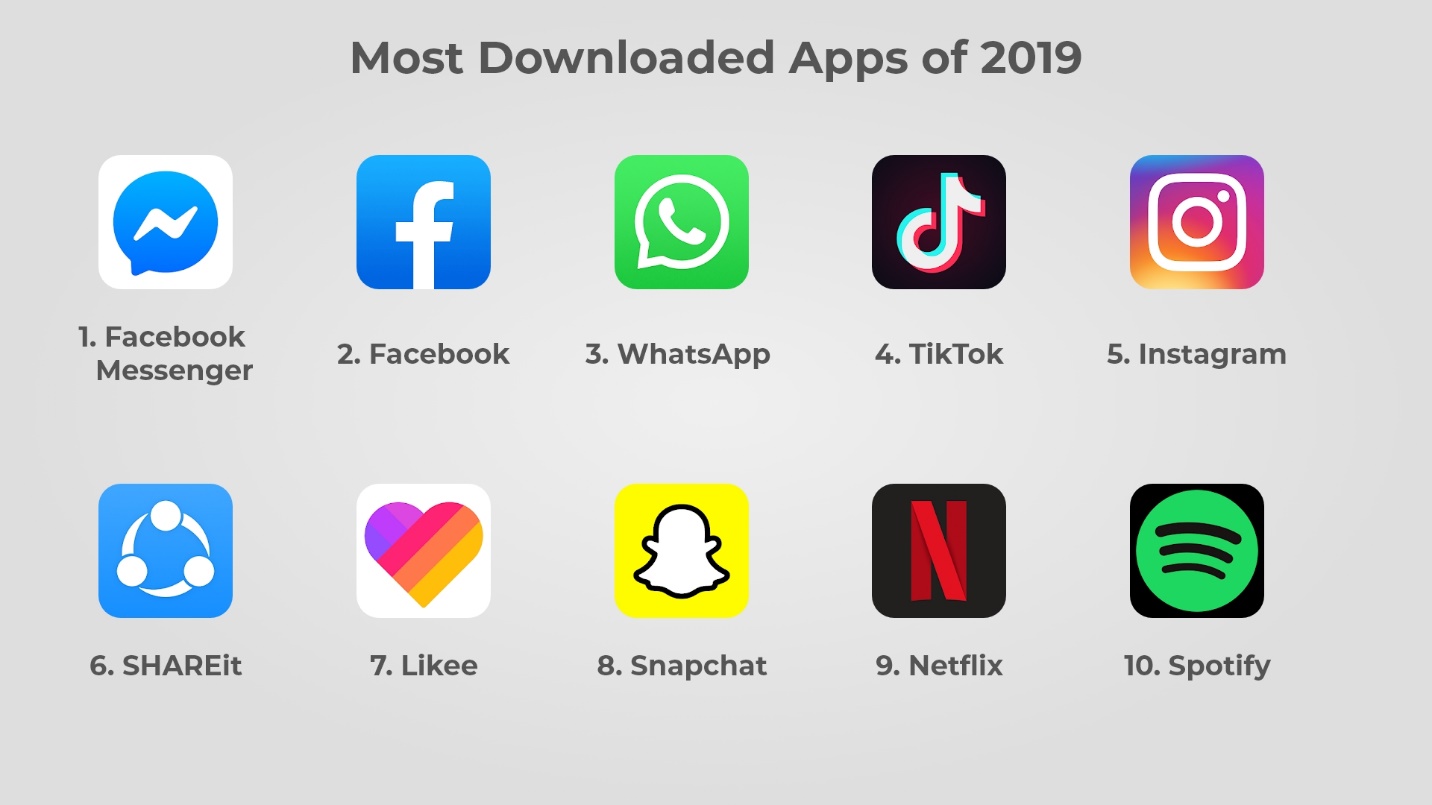 We decided to exclude games from major consideration here, because while they are a major force in the modern world, they, in some ways, are a bit separated from other apps and general internet use as we otherwise talk about it here.

More people are coming online, and it’s not just adoption rates in modern countries. Through cheap access and general proliferation, more people all over the world, regardless of country, are getting access to the internet in one form or another.

You can use these graphics to give yourself a better idea of how internet penetration is developing, based on information from Internet World Stats: 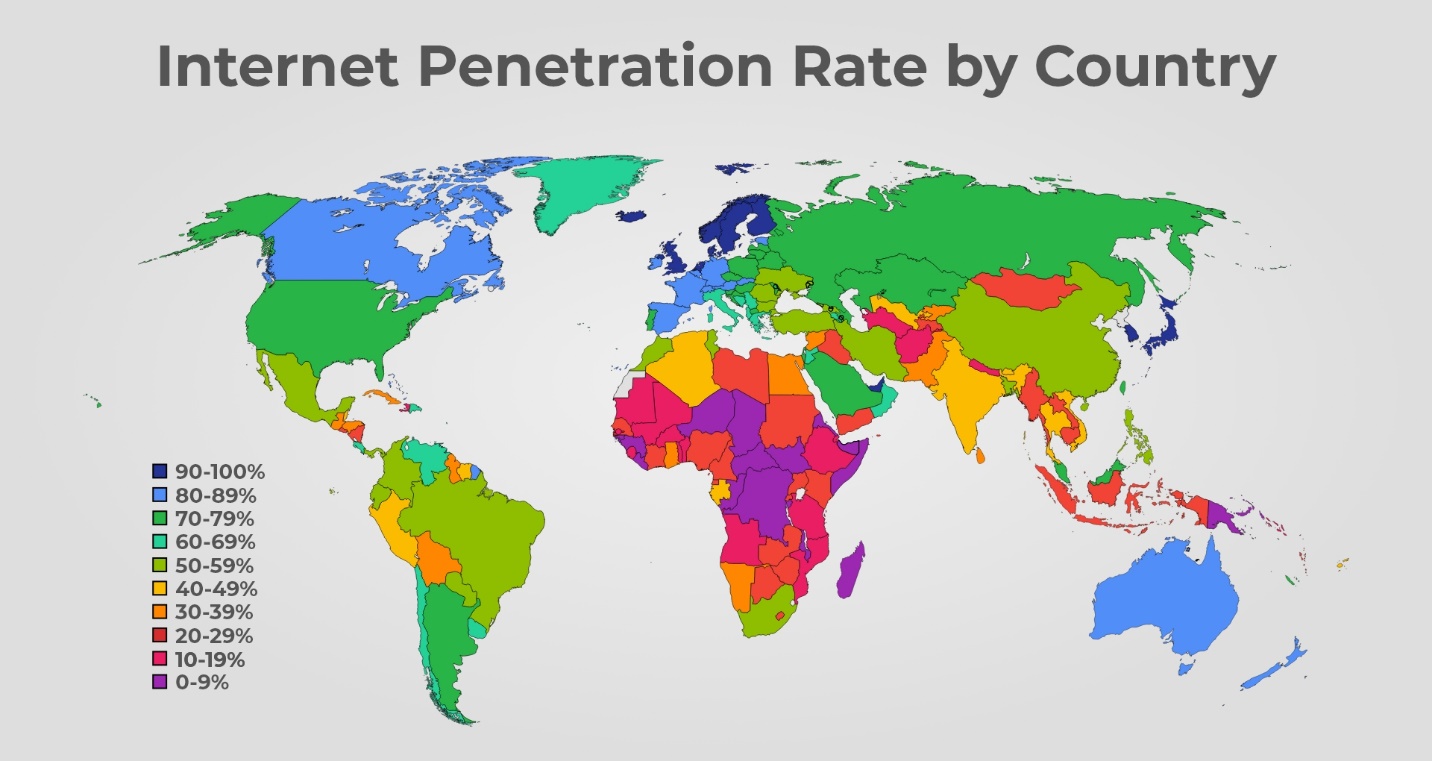 Let’s break down the above information a bit:

Also, due to the nature of global data, we would like to express the fact that while the data is as current as possible, not all countries make the data available, and in some cases, the rate might be a year or two behind the rest.

A source of economic prosperity for many, online commerce is the future, the origin of many jobs, and an opportunity that happens less than perhaps once in a lifetime. Based on some of the trends and statistics we talked about earlier, you can probably surmise that certain areas are booming in eCommerce. But don’t just take our word for it, consider these numbers and notice the trends compared to years past.

Here are the main items to know regarding online commerce as we move properly into 2020:

How Big Is eCommerce? 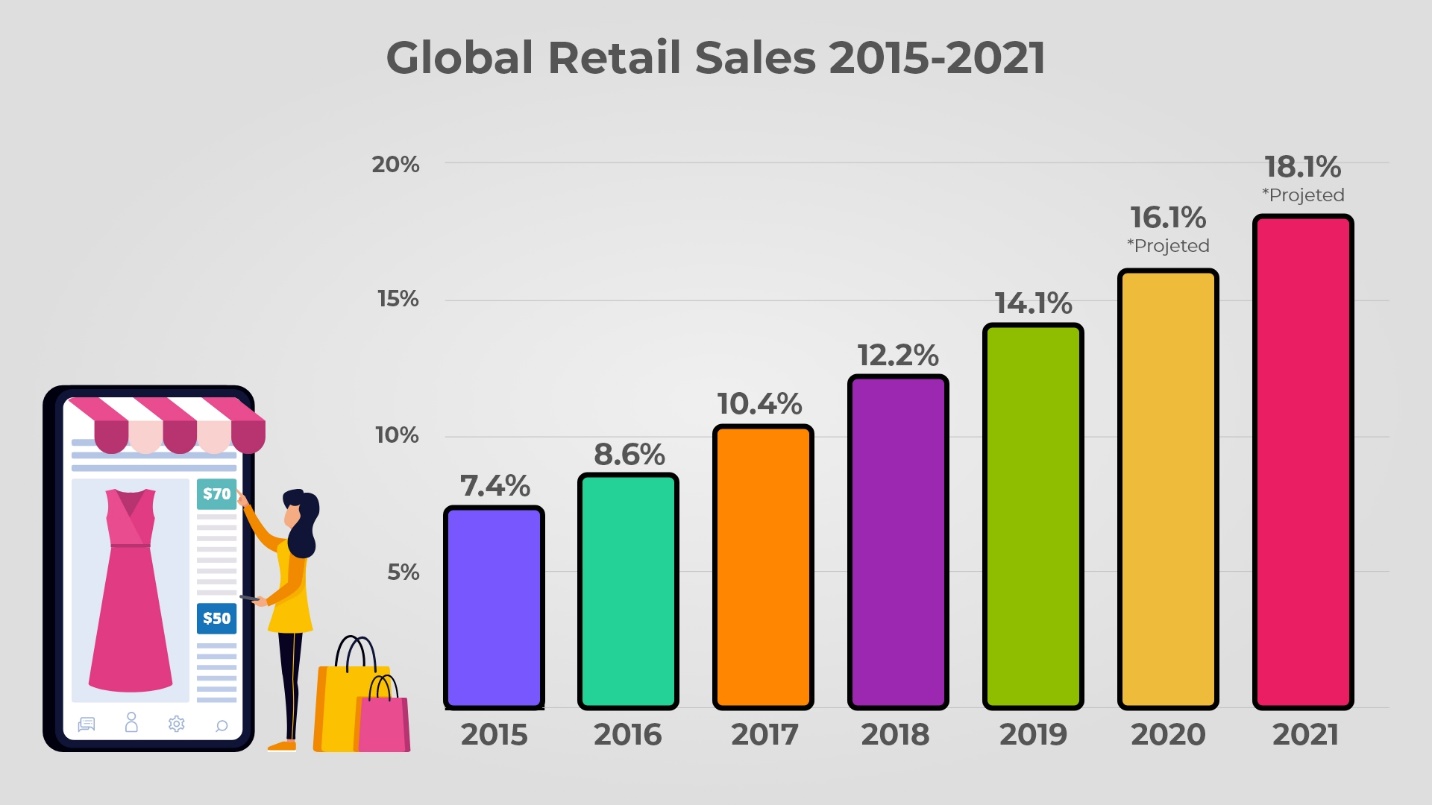 Surprisingly, in the United States, perhaps because of a more built infrastructure for in-person retail shopping or other trends in the information gathering, the total ecommerce as part of total retail sales percentage is about average. It was 14.3 percent in 2018 according to the U.S. Commerce Department, although for the last decade this trend has increased. 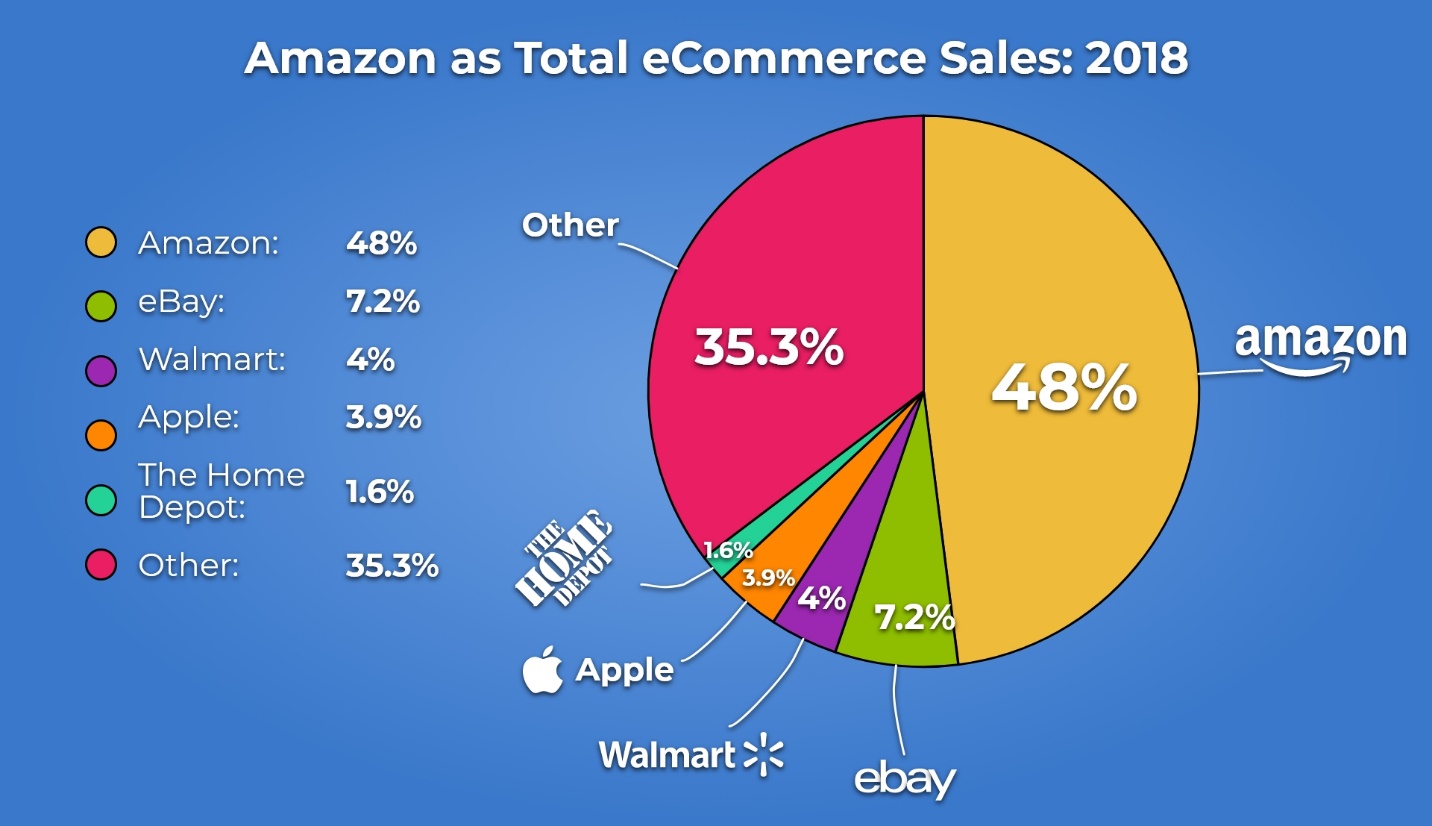 Changing the Way We Shop 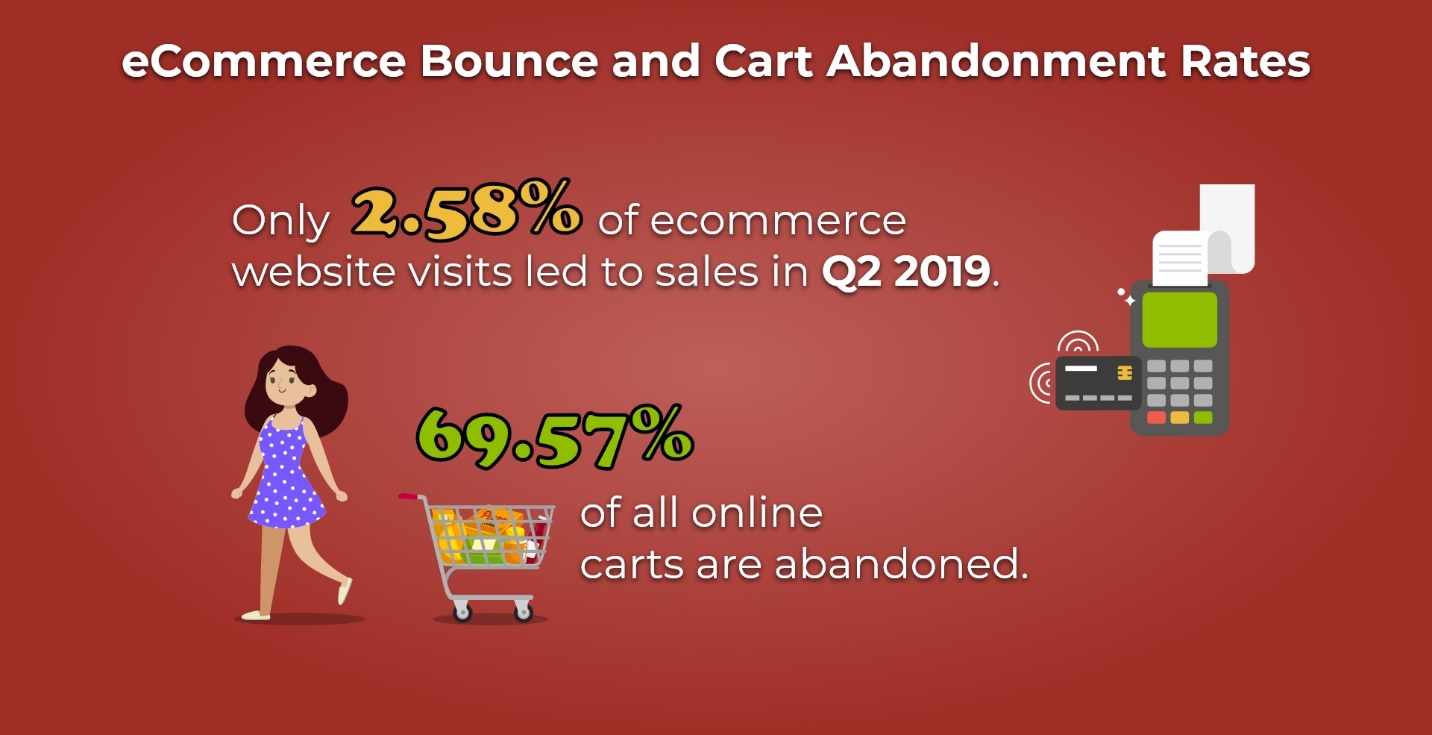 In some ways, this is only the start if you’re seeking to truly understand everything about the Internet in 2020. There is a wealth of further information out there, and if you were to check our sources for even further context you could find that there’s a lot more left to learn. That being said, we hope that you will be able to use this information to the fullest and that your curiosity is sparked.